The Yanmar brand now produces over a million drivetrain products a year. 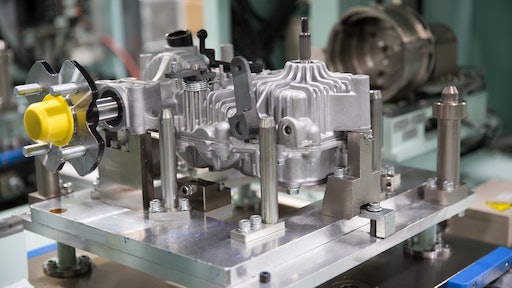 Founded in 1989 by Dr. Kojiro Yamaoka, and established in Morristown, TN, the TUFF TORQ brand has served the outdoor power equipment industry for the last 30 years.

What began as a single production line building 2-speed and 5-speed transmissions for John Deere walk behind lawn mowers has evolved into a multi-line, state of the art operation producing integrated hydrostatic transaxles, zero-turn transmissions, and recreational off-road vehicle differentials for many customers all over the world.

Built on the foundation of combining Japanese engineering with American production, Tuff Torq has earned its reputation as a premier global manufacturer and industry-leader by producing innovative, high-quality products that are tailored to the unique needs of their clients. In addition to production, Tuff Torq’s capabilities include a robust machining department, full-service test capabilities, and an automated storage and retrieval system known as ASRS that optimizes inventory management and increases efficiency.

Having taken 10 years from 1989 to 1999 to produce the first million, the company now produces over a million every year, making this an extemely meaningful milestone.

When asked about the significance of this milestone, Keith Andrews, VP of Product Development, said, “What amazes me most about our growth is that even though we just produced our 15 millionth transmission, we have managed to retain our small company feel, team mentality, and camaraderie that began all those years ago. This is what truly makes this company a very special place to work. It took us 30 years to reach 15 million transmissions and based on our projected planning, we could reach 30 million by 2030. That is only 10 years away!”

With nearly 500 employees, a 250,000 square foot world-class manufacturing facility, and a passion to collaborate with customers, Tuff Torq is now stronger than ever.