The drive to continue alternative fuels and technologies development

Despite the recent drop in fuel costs, alternative energy technologies were among the key product introductions at the Green Truck Summit and Work Truck Show 2015. 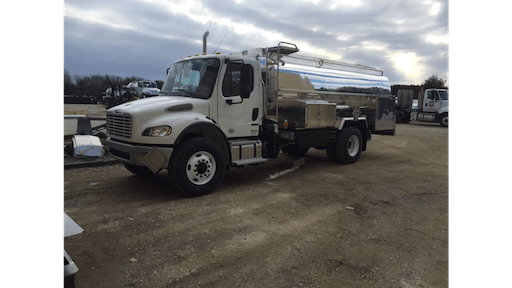 Alternative fuel and energy technologies were once again key highlights of the Green Truck Summit and Work Truck Show. Besides the environmental benefits, the aim of much of these technologies was to improve efficiency —whether it was in the form of increased fuel economy, reduced emissions or improved operator and fleet productivity.

The week’s events kicked off with the Green Truck Summit, a day and a half long conference dedicated to current and emerging alternative energy technologies. One of the key points made during the conference was the need for continued investment to develop non-petroleum based technologies. Robert Carrick, Natural Gas Sales Manager at Freightliner Trucks, emphasized that while fuel prices have been lower as of late, fuel costs are always fluctuating which makes now the time to double efforts for alternative fuel development. Doing so now will better ensure technologies are available that will help fleets save money when/if fuel prices spike again.

Stephe Yborra, Director of market Development at NGVAmerica, stated that the U.S. EIA projects the inventory surpluses of oil that have helped bring down costs recently will slow by Q4 2015, causing the cost of crude oil to rise again. And by 2016, the average price is expected to rise to $71 per barrel which means fuel prices will start nearing the $3/gallon mark again. Meanwhile, the increase in natural gas production has helped bring down its price; and production will continue to grow which will lead to further anticipated price drops.

The keynote speaker for the Green Truck Summit was Capt. Alex Stites, Director for Shore Energy, Office of the Deputy Assistant Secretary of the Navy for Energy. During his speech he spoke about the Navy’s efforts to utilize alternative energy technologies use due in part to increasing energy demand from the military and unassured fuel supply. The department has five main energy goals it aims to reach by 2020:

As part of the department’s “great green fleet” initiative, any new ships the Navy acquires must be more energy efficient than the ones being replaced. Many of these ships are anticipated to begin sailing by 2016. Stites said the Navy is also looking to have biofuels be a possible fuel source for all of its vehicles, both on land and at sea. It is currently working together with sister countries such as Japan, South Korea, Australia and Italy to ensure there are biofuel refueling stations available in those areas to help make this a reality. Additionally, the department is working to develop alternative energy technologies for the Marine Corps.

Stites said the department is on its way to reaching its 2020 energy goals. It currently has a few CNG buses in operation on bases and its land vehicles are almost entirely running on B20, while a few are using E85. The department is also looking to increase the amount of electric vehicles it operates. Stites concluded that for its non-tactical vehicles, the Navy is looking to manufacturers to develop and provide alternative fuel technologies.

A key aspect of the alternative energy discussion during the conference was the potential impact of future legislation, particularly Phase II greenhouse gas regulations for which a final rule is scheduled to be delivered in the coming month. Representatives from the EPA, an engine manufacturer, tire manufacturer and a truck OEM spoke during a panel discussion on Phase II about what the regulations may entail, and how manufacturers are working together with the EPA to ensure not only that the regulation’s targets are met but also that they can be achieved in a feasible manner.

Amy Kopin, Compliance and Regulatory Affairs, Daimler Trucks North America, stated that the EPA should consider having engine standards be separate from those of trucks because many OEMs feel having them as one does not take into consideration integrated powertrain technologies that have been found to offer significant fuel economy benefits. A complete vehicle approach, however, is how Kopin believes the EPA should consider creating the regulation. This will provide the most cost-effective method for achieving real-world emissions reductions. She also emphasized the need for the EPA to take into consideration the potential costs to OEMs of meeting these new regulations.

Brian Mormino, Executive Director of Worldwide Environmental Strategy & Compliance at Cummins Inc., also emphasized the importance of the EPA finding the right balance between creating regulations which are enforceable and achievable, and don’t get in the way of businesses doing what they need to in order to continue being competitive with one another. He also stated that engine and transmission integration, which was included in the Phase I regulations,  is still an important aspect to consider when making the final rule and that a system-level approach may be more beneficial for the Phase II regulations. Mormino went on to say that the engine and powertrain are the biggest areas for further improvements, and that Cummins has a solid foundation on which to continue achieving improvements.

There was no shortage of alternative energy technologies on display during the Work Truck Show. Odyne, Lightning Hybrids and Crosspoint Kinetics were among the companies who displayed hybrid drivetrain systems, as well as announced new OEM partnerships that will further expand the presence of their systems in the marketplace. Odyne, for example, displayed what it says is the first fuel tank truck on the market equipped with a plug-in hybrid system, which Matt Jarmuz, Director of Sales at Odyne, said is not only a new application to the industry but also Odyne. The truck is fully electric and offers SmartGrid capabilities—the ability to receive information from the grid as to when the best time to recharge the vehicle is, as well as put electricity back into the grid. Integrated into a Freightliner chassis, Jarmuz says the vehicle has the potential to provide a 50% fuel savings based on how the hybrid system has performed in other applications.

Anti-idle technologies could be found at several stands on the show floor, demonstrating a method for reducing both fuel and emissions by using electric power to run auxiliary functions on a vehicle, such as an HVAC system, instead of the engine. As more cities around the country begin enforcing anti-idle and noise pollution regulations, these types of systems will become increasingly more important. ACC Climate Control and Vanner introduced their new anti-idle HVAC system called REVOLUTION during the show. The system enables engine-off operation for up to 30 minutes, and instead uses electric power supplied by auxiliary batteries and an engine-mounted electric motor to operate the HVAC system for continued operator comfort. According to Casey Cummings, President of ACC Climate Control, the system enables the use of stronger, more durable compressors for heavier duty applications than what is typically used in the market.

The heart of the system, Cummings said, is the scroll, hermetic electric compressor which makes it better suited for use in high temperature and humidity environments. And because of its heavier duty design, it can last the life of a vehicle. The system can be installed without disturbing the existing electrical system and uses CAN communication for more dynamic performance which leads to better battery life, often doubling or tripling it.

Alternative fuels also made up a large part of the displays at the Work Truck Show. Several OEMs, including Peterbilt Motors Company, displayed CNG-fueled vehicles, as well as those operating on propane and other non-petroleum based fuels. The Propane Education Research Council (PERC) once again had a large booth demonstrating the various vehicle applications in which propane can be used. Tucker Perkins, Chief Business Development Officer for PERC, discussed the growing number of industries using propane, including many in the heavy-duty, off-road industry. He explained that more 8 to 15 liter propane engines are being used within this industry, and that there has been an increase in the number of vehicles using both diesel and propane to achieve cost savings. Perkins said this has enabled OEMs to get the same, or slightly reduced, emissions output, as well as reduce DEF consumption.

For those looking to employ CNG in their vehicle designs, there were several fuel storage tank manufacturers displaying their products at the show. Quantum Technologies was one such company; during the show it introduced the Q-RailLITE GEN III fuel module and the Q-CabLITE back-of-cab mounted fuel module. Both modules are designed to offer a lightweight method of storing CNG on trucks to help ensure operators are getting the best fuel efficiency and cost benefits from using a natural gas powered vehicle. Within the modules is Quantum’s Q-Lite CNG fuel storage tank which the company says is the lightest in the industry. While only designed to store CNG at the moment, the company says it may look into developing hydrogen storage tanks in the future.

Search Work Truck Show on our website to find all the news and product launches from the show.