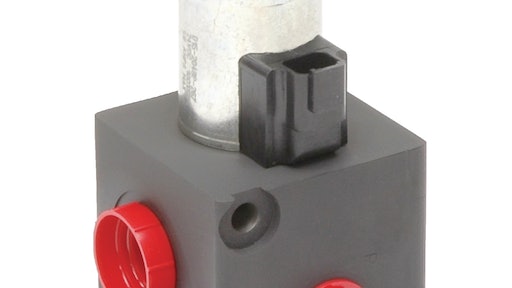 MICO, Incorporated announces the S12 Series Electrohydraulic Brake Valve (EBV), which provides more than triple the flow capacity of a traditional EBV. In large, spring-applied, hydraulic release brake applications, it has been able to replace two standard electrohydraulic brake valves operating in parallel or an EBV and relay valve.
• A high force solenoid is combined with a precision fit spool and housing to maximize contaminant resistance and minimize leakage
• Cross-hole metering set-up
• Longer spool to incorporate a second parallel flow path for higher flow capacity from brake to tank

Join us August 25th at 10am CT to learn about the benefits of flexible shafts and how they can simplify or replace conventional methods of power transmission such as belts, pulleys and universal joints.
August 1, 2022
Brake System