A new report from MarketsandMarkets projects the global brake system market will grow at a CAGR of 6.94% over the next 5 years as technology and regulations continue to evolve.

The market is driven by factors such as stringent government regulations that are reducing stopping distance and regulations encouraging vehicles to use braking technologies in order to receive five star ratings from New Car Assessment Program (NCAP).

The automotive industry has witnessed a rapid evolution over the past decade in terms of technology, and the major credit goes to the safety regulations imposed by the governments, especially for braking distance. The stopping distance mandate in North America and Europe has led to an increasing market penetration of disc brakes over drum brakes. In the case of commercial vehicles, which require heavy braking applications, disc brakes provide significant reduction in stopping distance as compared to drum brakes. The passenger cars segment is estimated to be the largest market for disc brakes. An increase in the production of passenger cars will drive the demand for the disc brake market. As per the International Organization of Motor Vehicle Manufacturers (OICA), the global production of passenger cars increased from 58.2 million units in 2010 to 72.1 million units in 2016. This trend is projected to continue during the forecast period, with the market presence of disc brakes expected to strengthen further. Alternatively, the market for drum brakes will continue to grow at a steady pace, given the predominant use of drum brakes in heavy commercial vehicles as well as economic passenger cars in cost sensitive automotive markets of China, Brazil, India, and Russia.

Traction Control System to be the fastest growing segment in the brake system, by electronic brake technology market

The Traction Control System (TCS) technology is projected to grow at the highest CAGR during the forecast period. The growth of this technology can be attributed to the mandatory requirement for Electronic Stability Control (ESC) systems in almost all passenger cars in the U.S. and European Union. Vehicles with ESC must have Anti-lock Braking System (ABS) and TCS. All three electronic braking technologies use the same wheel sensors and offer enhanced braking performance. In order to support the growth of braking technologies, the governments are introducing various regulations to make these technologies mandatory in passenger cars in the coming years. 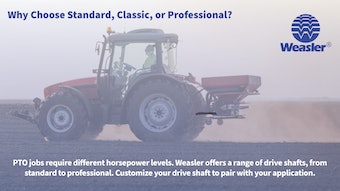