WABCO has opened a new 145,000 sq. ft. facility, expanding its manufacturing footprint over 60% to meet growing demand for its technologies in the commercial vehicle market. 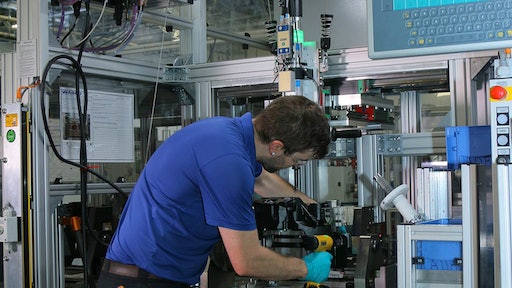 WABCO Holdings Inc., a leading global supplier of technologies that improve the safety, efficiency and connectivity of commercial vehicles, announces the expansion of its manufacturing capabilities in North America. For the first time in the company’s history, WABCO localized the production of its most advanced Air Disc Brakes (ADB) for commercial vehicles in the United States.

WABCO celebrated with its Board of Directors the opening of its state-of-the-art manufacturing site in North Charleston, SC. WABCO invested $20 million in the new facility to meet increasing customer demand for its industry-leading Air Disc Brakes, energy-efficient air compressors and related safety systems.

The company moved from an existing Charleston location to a new, 145,000 sq. ft. facility, expanding its manufacturing footprint by more than 60%. In addition, WABCO increased employment at the Charleston facility to approximately 230 individuals. The company created more than 50 new jobs over the past 2 years alone in line with previous commitments.

“We are excited to expand our manufacturing capabilities in the U.S. to be closer to our customers in the region. Customer intimacy remains a major differentiator for WABCO around the globe as we capitalize on dynamic growth opportunities,” says Jacques Esculier, WABCO Chairman and Chief Executive Officer. “By localizing the production of Air Disc Brakes in the region we demonstrate our commitment to advancing commercial vehicle safety and shaping the future of the transportation industry. Our Air Disc Brakes pave the way to higher automation of commercial vehicles and platooning, both of which rely heavily on superior braking performance.”

WABCO manufactures its industry-leading, high performance, single-piston ADBs in Charleston to serve commercial vehicle manufacturers and fleet operators in North America. WABCO’s portfolio of ADBs is sold under the brand names MAXXUS for heavy-duty trucks and MAXX22T for trailers.