Dana announces it has launched production of its Spicer TZL series transmissions in China. 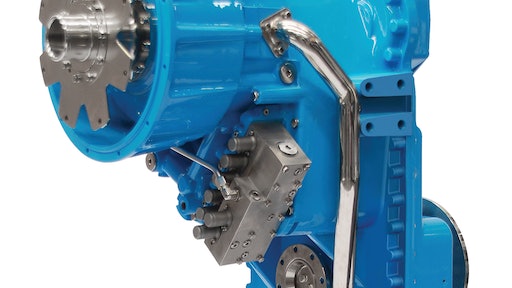 Dana Holding Corporation has announced the start of production on the Spicer TZL Series, a new line of powershift transmissions for premium front-end loaders manufactured in China.

The first Spicer TZL16 transmission rolled off the assembly line as part of a special ceremony commemorating the occasion at the Dana assembly facility in Wuxi, Jiangsu, China.

"The production of the TZL16 transmission marks a significant milestone in our 20-year commitment to our Chinese customers," says Aziz Aghili, president of Dana Off-Highway Driveline Technologies. "The Chinese construction market is growing steadily, and there is an increasing number of Chinese manufacturers pursuing global expansion. Dana can best support this growth opportunity with an increased presence in both product range and in-region operational capability."

Dana has begun development on the next products in the TZL Series, including the Spicer TZL18 transmission for 21-tonne (23-ton) front-end loaders and the Spicer TMG14 transmission targeted for 110-160 kW (150-215 horsepower) motor graders. Production of these products is expected to begin this spring in Wuxi.

Over the past year, Dana has announced several initiatives to better support Chinese original-equipment manufacturers across all the vehicle markets served by Dana. In May of 2011, Dana broke ground on a 12,000 square-meter (130,000 square-foot) technical center in Wuxi. Scheduled to open this summer, the new technical center will provide advanced product and applications engineering through research, design, development and testing of driveline, sealing and thermal products, including electric vehicle battery coolers.