Re-designing the way energy flows through a fuel cell enabled one manufacturer to develop a zero-emission, range-extending hybrid-electric powertrain solution. 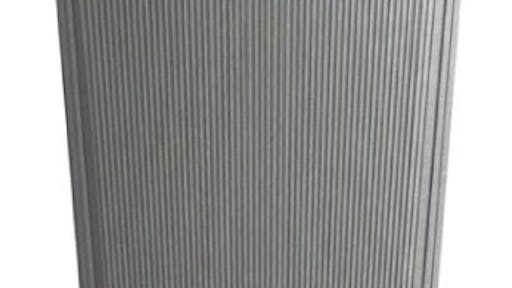 After a decade of development, Loop Energy has introduced its fuel cell hybrid-electric powertrain concept which combines a lithium-ion battery and the company’s eFlow fuel cell technology to provide an emissions-free solution to the heavy-duty vehicle market.

Ben Nyland, President and CEO of Loop Energy, says the company investigated several possible applications for eFlow before determining the heavy-duty transportation market was the best fit. “We had a very strict set of guidelines we were looking at to find a commercial application,” he says. “We needed to compete with the incumbent technology on an economic basis; we needed to do that without subsidies and with low manufacturing runs.”

The heavy-duty vehicle market meets this criteria, he says, allowing the company to bring a sustainable technology to the market in a business model that is also sustainable and not dependent upon ongoing government subsidies.

Working in tandem for efficiency

At the core of Loop Energy’s hybrid powertrain is its eFlow hydrogen fuel cell technology. Oxygen is a key component of the fuel cell’s ability to produce electricity; as such, the company redesigned the channel in the fuel cell’s flow field plate to improve oxygen, fuel and water flow. Typical fuel cell plates use a serpentine flow path pattern to supply hydrogen and oxygen to the fuel cell membrane electrode, which the company says can limit the output of power and inhibit water management within the fuel cell. eFlow’s plate, on the other, features a proprietary narrowing of the flow field channels for improved flow. This ensures the fuel cell delivers uniform current distribution for improvements in overall fuel cell performance.

The fuel cell is used to recharge the battery, helping improve range by ensuring there is always enough energy within the battery. Pairing the fuel cell and battery technology means a smaller battery can be used, reducing the truck’s overall weight without compromising range. In short-haul drayage applications, the company expects the hydrogen tanks which help fuel the fuel cell will require refueling every 1-2 days.

By using a fuel cell and battery powered powertrain system, harmful emissions are eliminated. Whereas an internal combustion engine burns fuel to create power—and thus generates harmful emissions such as carbon dioxide—the battery and the fuel cell create power electrochemically. The only byproduct of their power creation is water vapor which evaporates into the air.

Currently the company is targeting deployment in heavy-duty truck applications with a travel range up to 200 miles (321.87 km). “Our focus has really been on getting into markets where the emissions are having the biggest impact on the population, and that’s urban [routes] as opposed to long haul,” says Nyland, as trucking is vital to many economies yet one of the largest contributors to toxic carbon emissions.

Loop Energy, which changed its name from PowerDisc Development Corp. earlier this year to better represent its business and its technology (learn more, 12169360), has already begun working on several projects to bring eFlow to the market. The company has announced it is working with Hunan CRRC Times Electric Vehicle Co. Ltd to develop a system combining its eFlow fuel cell with Hunan’s electric drivetrain system to provide an alternative to diesel-powered trucks, as well as with Peterbilt Motors Co. in which an eFlow fuel cell/battery powertrain system will be integrated into a Class 8 truck.

However, Nyland says the first vehicle available with the technology will be a zero-emissions yard truck (also known as a terminal tractor) for operation at ports and warehouses, which will use CRRC’s existing powertrain and begin operation in 2016. By developing the yard truck first, it will be easier for the company to progress the powertrain technology to other applications. Despite the yard truck not traveling at the same speeds and distances as an on-road vehicle, it essentially does the same work as a Class 8 truck or similarly heavy-duty piece of equipment and thus has many of the same load and power requirements.

Nyland says working together with vehicle OEMs on projects like these has been the company’s goal from the beginning. “The OEMs have invaluable experience with the customers, understanding their needs,” he explains. “Ultimately for a zero-emissions powertrain solution to make an impact and get market penetration, it needs to be a new truck build and that means working with the OEMs.”

He adds that the powertrain technology is scalable for use in a variety of applications; once the technology is more established within the first market applications the company will begin investigating other areas of opportunity. Buses, refuse and delivery trucks are potential markets since their operations are similar to that of the yard truck with daily routes requiring multiple starts and stops which could benefit from the use of the range-extended, zero-emission capabilities of the eFlow fuel cell-based powertrain system. Because of this, Nyland says the company has begun initial conversations with bus OEMs about using the technology.