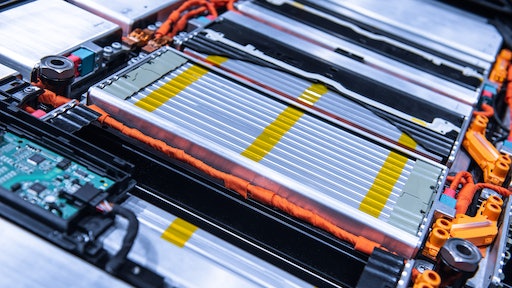 The U.S. Department of Energy (DOE) has announced the seven winners of Phase II of the Lithium-Ion Battery Recycling Prize. The phased prize competition is designed to help find innovative solutions to collecting, storing, and transporting discarded lithium-ion batteries for eventual recycling. The goal is to develop and demonstrate processes that, when scaled, have the potential to profitably capture 90% of all discarded or spent lithium-based batteries in the United States, and re-introduce key materials into the U.S. supply chain.

"Lithium-ion batteries power our daily lives, but only 5% of spent lithium-ion batteries in the United States are recycled," said Daniel R Simmons, Assistant Secretary for DOE’s Office of Energy Efficiency and Renewable Energy. "The innovative battery recycling concepts being developed by these prize winners will improve our ability to give batteries a second life as well as recover resources to reuse time and time again."

Fourteen teams participated in Phase II of the Prize, which focused on building industry partnerships to design, simulate, and prototype a proof-of-concept solution. Phase II winners will each receive a $357,000 cash prize, in addition to $100,000 in non-cash vouchers to use at National Labs and approved organizations within the American-Made Challenges Network. These winners advance to the third and final phase of the Prize, pilot validation.

The Battery Recycling Prize support DOE’s Energy Storage Grand Challenge, which draws on the extensive research capabilities of the DOE National Laboratories, universities, and industry to accelerate the development of energy-storage technologies and sustain American global leadership in the energy storage technologies of the future.

The $5.5 million Lithium-Ion Battery Recycling Prize was announced in January 2019. The Prize is sponsored by the Vehicle Technologies Office and the Advanced Manufacturing Office. The National Renewable Energy Laboratory (NREL) serves as the administrator of the Prize.