Curtiss-Wright's Industrial division announces the supply of its Williams Controls electronic throttles to Polaris Industries for use on its RANGER and recently-launched RZR XP 1000 vehicles. 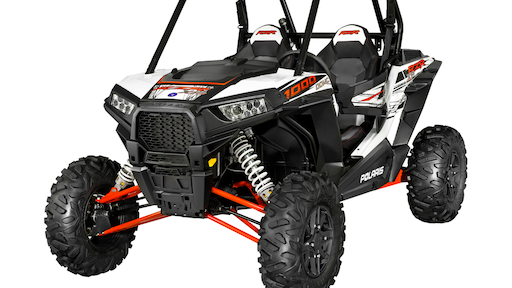 Curtiss-Wright Corp. announces its Industrial division will be supplying Williams Controls electronic throttles to Polaris Industries for use on its RANGER and recently-launched RZR XP 1000 vehicles. As vehicle volumes increase, Polaris Industries Inc. opts for Williams Controls throttles as part of its decision to move away from conventional push/pull mechanical systems to electronic control.

Engineering teams from both companies worked together for almost eighteen months to re-engineer an existing Williams Controls pedal design, with the resulting electronic pedal needing to be sized and ergonomically shaped to suit the compact in-cabin dimensions of the RZR XP 1000. During the product development phase, the Williams Controls team engineered a new spring design and, using its in-house rapid prototyping facilities, an altered lever arm.

What seemed like relatively simple design changes to the existing pedal actually required a complete revalidation of the Williams Controls custom pedal to ensure its suitability for both Polaris applications. This included testing it for both U.S. and European market requirements and a series of environmental assessments.

Despite some of the harshest tests ever carried out on its products – including corrosion resistance and ice water shock tests – the pedal out-performed the requirements of both companies. In fact, for the corrosion resistance test conducted in a salt fog chamber, the custom pedal far exceeded Williams Controls’ own 96 hour requirement and easily met the Polaris requirement of 336 hours. Upon completion of the environmental testing process, Williams Controls was able to provide Polaris with working samples for pre-production and field-testing, which has been completed successfully.

Commenting on the stringent testing requirements, Senior Vice President & General Manager of Curtiss-Wright’s Industrial division Kevin Rayment explains that, given the conditions Polaris vehicles have to endure, they are delighted with the results. “It’s not unusual for these recreational vehicles to be found driving through swamps or in muddy water up to the driver’s waist, so to not just pass but exceed these somewhat unique requirements is a testament to our design, engineering and manufacturing processes.”

With Covision Lab, TTControl wants to make off-highway vehicles safer and create competitive advantages for its customers and the shift towards a new level of autonomy.
TTControl GmbH
May 13, 2020

A new report from IDTechEx indicates development of new materials for supercapacitors could help them take market share from batteries.
May 12, 2020

The name change is designed to better reflect the company's technology-driven focus for the commercial and recreational transportation industry.
Truck-Lite Co., LLC
May 11, 2020

The research project brought together 16 companies to advance the technology for vehicle-to-vehicle and vehicle-to-infrastructure communication.
Bosch
May 7, 2020

POSITAL's Dynamic TILTIX tilt sensors (inclinometers) include a UL listing which enables use in safety systems.
POSITAL Inc.
May 6, 2020