ACEA reports 97.9% of new EU medium and heavy trucks in 2019 were diesel powered, however demand for new electric and other alternatively powered trucks showed strong growth. 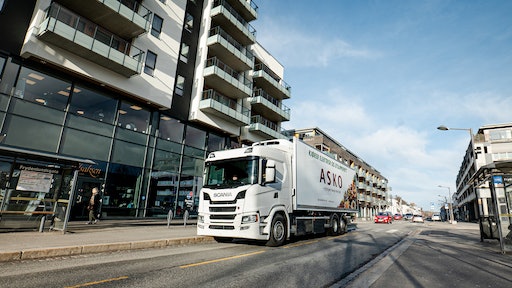 In 2019, 97.9% of all new medium and heavy trucks (over 3.5 tonnes) registered in the European Union (EU) ran on diesel, while petrol fueled only 0.1% of last year’s registrations. Electrically-chargeable vehicles (ECV) accounted for 0.2% of total new truck sales across the region, while all alternatively-powered vehicles (APV) combined made up 2% of the EU market.

By contrast, 227 petrol trucks were registered across the entire EU28 region in 2019, almost 90% of which were sold in two countries alone: Finland and Germany.

Overall in 2019, demand for new electric2 trucks grew significantly (+109.2%) across the EU, although this was mainly the result of a low basis of comparison. Registrations of new electrically-chargeable vehicles (ECV) went from 357 trucks in 2018 to 747 in 2019, resulting in a market share of 0.2%.

The main markets for these vehicles were Germany (608 units), the Netherlands (76) and France (24), which together accounted for 95% of all ECV truck registrations last year. By contrast, no electrically-chargeable trucks were registered at all in 12 EU countries in 2019.

Hybrid electric vehicles (HEV), held a smaller share of new truck sales in 2019 than the year before. 272 HEV trucks were registered last year, down 10.8% compared to 2018.

Alternative fuels3 accounted for the vast majority of alternatively-powered trucks sold in the EU last year. Registrations increased by 71.0% to 6,371 units, 98% of which were vehicles running on natural gas (NGV). France, Italy and Germany are the largest EU markets for alternative-fuel trucks. In 2019, German sales increased by 372.8%, followed by Italy (+44.5%) and France (+30.2%).