NFPA's Energy Efficient Hydraulics and Pneumatics Conference brought to light many of the important issues affecting the fluid power industry, including the need to increase education about fluid power technology which will help lead to the design of more energy efficient systems. 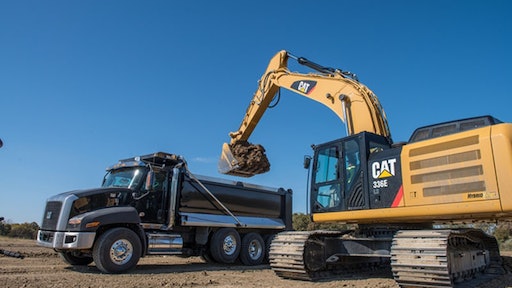 One of the key themes discussed at the recent NFPA Energy Efficient Hydraulics and Pneumatics Conference was the need to educate people – everyone from OEMs and end users to government organizations such as the Department of Energy—about the importance of fluid power technologies. During his opening remarks, Lonnie Love of Oak Ridge National Laboratory (ORNL) spoke about the work he and his colleagues have been doing to educate industry professionals and the DOE about the benefits of efficient fluid power systems. According to Love, 2 to 3% of the U.S.’s energy is consumed by driving fluid powered components which have an average efficiency of about 21%. Improving efficiency of these components just 5% could provide $8 billion per year in energy savings; if efficiency were improved 15% that amount could be increased to $16 billion per year. Working together with the NFPA and CCEFP, ORNL is hoping to enhance fluid power education and workforce development, which will help increase the chances of more efficient technologies being developed.

The importance of better fluid power education was further emphasized during the conference’s roundtable discussions, which enabled attendees to meet in small groups to discuss various ‘hot topics’ within the industry. Many groups noted engineering programs at universities often do not include fluid power coursework, leaving students unprepared to work with the technology once in the professional world. Discussion groups also mentioned the necessity to educate OEMs and end users about how fluid power works, as well as the benefits it can offer.

For professionals looking to enhance their fluid power knowledge and skills, many universities around the country, such as the Milwaukee School of Engineering (MSOE), offer continuing education courses. At MSOE, courses such as ‘Introduction to Hydraulics’ and ‘Electro-Hydraulic Components and Systems’ provide hands-on training that professionals can take back to the office and apply to the systems they are designing. Click here to see the list of 2013 Professional Education Seminars.

One of the many benefits a fluid power system can offer is improved efficiency. Bryan Nelson of Caterpillar Inc. said during his presentation on hybrid equipment that the U.S. Environmental Protection Agency (EPA) has been studying hydraulic hybrid technology since the 1980s. By 2006 the EPA determined hydraulic hybrids are more efficient and cost less than electric hybrids because efficiencies can be gained while braking and accelerating the vehicle. Nelson also noted the lack of batteries in a hydraulic hybrid system ensures there is better reliability. UPS recently implemented hydraulic hybrid systems into its fleet and according to Nelson has seen a 70% efficiency improvement in city driving.

Caterpillar recently released its hydraulic hybrid excavator, which will officially be launched at bauma 2013 in Munich.

The debate of electric versus hydraulic was also a topic of discussion for the roundtable I participated in at the conference. For our topic, ‘Electromechanical vs. Hydraulic Actuators: When Does it Make Sense?’ my group determined much of it was dependent on the application the system would be used in, cost and knowledge of the technology. One point that was brought up during our discussion was how a company that switched from a hydraulically powered injection molding machine to an electric one found that in the long run, the hydraulic system was the better option because the machine could easily be rebuilt once it had reached its useful lifespan. The electrically powered machine, on the other hand, while offering cheaper operation costs required the company to invest in a whole new machine once it reached the end of its lifespan. This is not to say electrically powered machines don’t have their benefits as well.

In September of this year Joy Global announced the release of a diesel-electric hybrid mining shovel at MINExpo 2012. As stated in a press release from Joy global, “Fuel consumption will be reduced by as much as 25% through using proven power regeneration from our electric motor and drive systems technology from our P&H Letourneau-Series Wheel Loaders,” states John Koetz, VP Product Marketing & Engineering of Joy Global Surface Mining. “The drive system used will be approximately 50% more efficient than comparable diesel hydraulic systems.” Meanwhile, Caterpillar also announced the development of a hybrid mining shovel, only its version uses a hydraulic hybrid system. Caterpillar says its system will “cut fuel use per ton by an estimated 25%—through the use of hydra-electric regenerative technologies and a unique energy storage system.”

What are your thoughts? Is electric the way to go or hydraulic? What about a combination of the two? Or is it solely dependent on the application it will be used in?

Knowing the application a hybrid system will be used in, whether it’s hydraulic or electric, is key to ensuring the best fuel economy and productivity. Nelson emphasized during his presentation that while hydraulic hybrid technology can offer several efficiency and cost benefits in some applications, such as when implemented on an excavator, it is not suited for them all. A wheel loader, he explained, would not be a good application in which to use a hydraulic hybrid system because it does not have as many opportunities to recover energy as an excavator does with its continually swinging arm.

Nelson said the key questions to ask when determining the type of hybrid system to use are: