Bendix announces Berend Bracht has been named as the company's new president and CEO, as well as a member of its executive board. 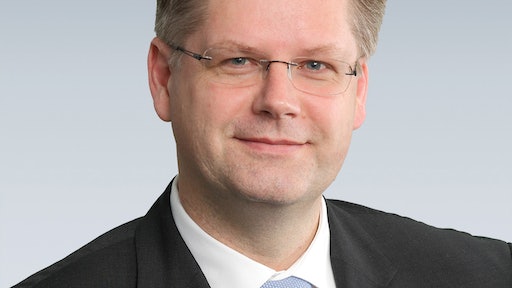 Bendix Commercial Vehicle Systems LLC, the North American leader in the development and manufacture of leading-edge active safety and braking system technologies for commercial vehicles, has appointed Berend Bracht president and CEO, and a member of its executive board.

He joins Bendix on July 1, 2015. At that time, Chairman, President and CEO Joe McAleese will step fully into his role as Bendix chairman, a role he has held since 2014.

Bracht comes to Bendix after an accomplished 24-year career at Bosch Rexroth, an international leader in drive and control technology headquartered in Germany. He currently serves as President and Chief Executive Officer of Bosch Rexroth Americas. In that post since 2007, he led the company to $1.4 billion in annual sales, oversaw the acquisition of a hydraulic distribution company in Chile, and drove a substantial and sustained increase in sales volume within the Americas sector of the global Bosch Rexroth organization.

Progressing through the leadership ranks at Bosch Rexroth and its predecessor organization Mannesmann Rexroth, Bracht served in a variety of key management roles, including a three-year assignment as President and Chief Executive Officer of Bosch Rexroth China, in Shanghai. He began his career at Mannesmann Rexroth as a technical sales engineer, in Munich, Germany. Bracht holds an MS in mechanical engineering as well as an MBA from Technical University of Munich, Germany.

“Berend possesses a wealth of leadership experience on the global stage and the keen ability to grow businesses both organically and via acquisition. These skills are vital for a senior executive in today’s dynamic commercial vehicle marketplace,” McAleese says. “We are very excited that he is joining Bendix. He’s an established leader with strong strategic vision, outstanding cross-functional experience from the technical, sales and financial roles he’s held, and the ability to further advance and expand our business in new and compelling ways.”

“I’m truly honored to become a member of the Bendix team as the new president and CEO. Bendix is a trusted brand and a top-tier supplier in the commercial vehicle market. Alongside the outstanding management team and talented employees in place at Bendix, I will focus on continuing to build on the organization’s strong foundation, momentum, customer focus, and innovative mindset,” Bracht said in a statement.

Upon Bracht’s arrival, Bendix will transition from a two-person executive board – the company’s current corporate governance structure – to a three-person board. Bracht will join McAleese and the other current member, Chief Operating Officer Carlos Hungria.

Bendix has been a member of the Munich, Germany-based Knorr-Bremse Group since 2002. Knorr-Bremse is the leading worldwide supplier of pneumatic braking and related safety systems for commercial vehicle and railroad applications.

Changes to Bosch Rexroth management in the US and the Americas