Changes to Bosch Rexroth management in the US and the Americas

Berend Bracht steps down after 24 years with Bosch 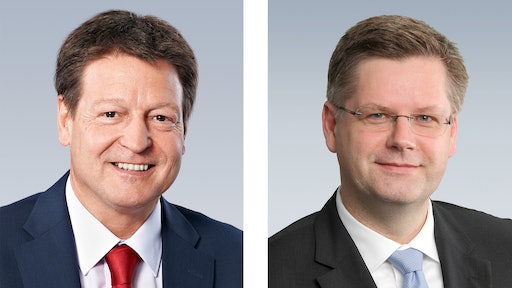 Mr. Cooke will continue as Senior Vice President Sales within the Business Unit Industrial Applications at the headquarters in Lohr, Germany until the end of June 2015.

Paul Cooke joined Bosch Rexroth in 1982 and has served in positions of senior leadership at Bosch Rexroth in the United Kingdom and Germany, most recently as Senior Vice President Sales and Industry Sector Management for Machinery and Engineering. Cooke has over 30 years of experience in both Industrial Technology and General Management. He received his Bachelor with Honors Degree in Mechanical Engineering from The University of Newcastle upon Tyne, England.

Berend Bracht, who is currently Regional President Americas and President & CEO of Bosch Rexroth Corporation U.S. is resigning from the organization for personal reasons. “We thank Mr. Bracht for his high level of commitment in the many years of service to Bosch Rexroth. We wish him all the best for the future,” says Dr. Karl Tragl, the chairman of the executive board of Bosch Rexroth. Bracht was appointed to his current role in 2006.