Fallbrook Technologies Inc. (Fallbrook), a technology company dedicated to improving the performance and flexibility of transmissions for vehicles and equipment, announced today that it entered a memorandum of understanding (MOU) with TRW Automotive U.S. LLC, a subsidiary of TRW Automotive Holdings Corp. (TRW), a worldwide leader in advanced automotive systems with significant market penetration in steering and driveline components.

Under terms of the MOU, Fallbrook and TRW will explore the development of a number of possible applications for Fallbrook’s continuously variable accessory drive (CVAD) technology for commercial vehicles. The specific applications covered by the MOU were not disclosed but are designed to improve both system performance and efficiency, which would directly increase vehicle fuel efficiency.

“This is yet another example of how our NuVinci technology has the potential to reduce the carbon footprint from vehicle use,” said William G. Klehm III, chairman and CEO of Fallbrook. “Together with partners like TRW, we’re creating affordable, advanced cleantech products that can help make a difference in the near term.”

Based on its research and testing, Fallbrook believes that CVADs have significant potential as a “clean” technology, because improved accessory performance can result in improved fuel economy. A vehicle’s accessories, such as the air conditioner, power steering pump, water pump, or alternator, draw power from the engine and impact the vehicle’s fuel efficiency when they are running at speeds that are above or below their optimum rpm.

The NuVinci technology uses a set of rotating and tilting balls positioned between the input and output components of a transmission. Tilting the balls changes their contact diameters and varies the speed ratio. The NuVinci platform can be used in a wide variety of transmission-based vehicles or devices. 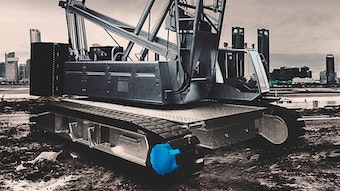 Dana has launched an integrated system for electric-driven boom and scissor lifts with working heights above 6 m.
Dana Incorporated
November 26, 2020

Jay Craig, CEO and President, will become Executive Chairman of the Board and Chris Villavarayan will succeed him as CEO.
Meritor, Inc.
November 6, 2020