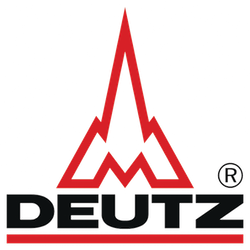 Since 1876 DEUTZ engines have played a role in the mechanization and development of the Americas.

The first DEUTZ engines sold in the USA were marketed by Schleicher, Schumm & Co, Philadelphia. This company was succeeded in 1894 by the Otto Gas Engine Works, also located in Philadelphia. The DEUTZ engines were re-introduced to the North American market in 1951 by Diesel Energy Corporation. This company became a DEUTZ subsidiary in 1955 and its name was changed to DEUTZ Corporation in 1974.

DEUTZ Corporation is a sales, service, genuine parts and application engineering center for the Americas, supporting the DEUTZ product range of 30 - 700 hp diesel and natural gas engines. Located northeast of Atlanta, GA in the US, we employ over 125 people covering all aspects of marketing and support. DEUTZ also has an engine remanufacturing operation in Pendergrass, GA.

DEUTZ is continuously developing and evolving its electric drive systems to meet the needs of various applications.
March 31, 2020

DEUTZ collaborated with JLG on the 360V drive system which features two 40 kW electric motors – one for driving and one for the hydraulics in the telescopic arm.
DEUTZ Corporation
March 10, 2020

The D1.2 and D1.7 engines meet the latest emission regulations in the U.S. and the EU.
DEUTZ Corporation
December 6, 2019

The acquisition allows DEUTZ to further add to its portfolio of electrification products.
DEUTZ Corporation
October 9, 2019

DEUTZ is taking over the manufacture of heavy truck engines for SANY, and will initially supply the OEM with 75,000 new engines for off- and on-road applications.
DEUTZ Corporation
September 30, 2019

DEUTZ Reports Revenue Growth in First Half of 2019

The company was recognized for its successful innovations and scored particularly highly in the category ‘Innovative Processes and Organization.’
DEUTZ Corporation
July 1, 2019

DEUTZ will take over production of SANY’s current engine range with the aim of supplying SANY with around 75,000 new engines in 2022.
DEUTZ Corporation
June 3, 2019

DECA Motores Y Repuestos is a Buenos Aires-based distributor which will help reinforce DEUTZ’s presence in Argentina.
DEUTZ Corporation
May 16, 2019

Group revenue advanced by 9.2%, with the agricultural machinery segment registering a particularly strong revenue increase of 16.0%.
DEUTZ Corporation
May 7, 2019

Compact engine designs are evolving to include more technology aimed at increasing performance as well as offering a lower weight solution in some applications.
Sara Jensen
May 6, 2019

A high level of new orders has been sustained, and revenue is even higher than in the prior-year period.
DEUTZ Corporation
April 23, 2019

DEUTZ Expands Dealer and Service Network in the Middle East

Strengthening of DEUTZ’s presence in the region will raise efficiency and improve performance.
DEUTZ Corporation
April 11, 2019

Further growth and further increases in profitability are expected in 2019.
DEUTZ Corporation
March 14, 2019

The new distributor will work closely with the expansive dealer network to supply engines and parts in order to support both locally produced, and imported DEUTZ engines.
DEUTZ Corporation
March 12, 2019

No One Fuel Solution

The desire for reduced emissions and improved efficiencies has brought about the development of more alternative fuel options for various heavy-duty vehicle applications.
Sara Jensen
March 7, 2019
Follow Us