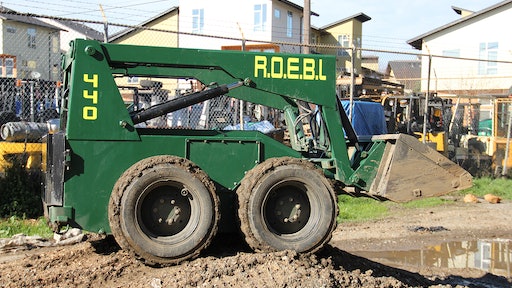 As the world confronts the increasingly dramatic consequences of global warming, alternative fueled vehicles take on added importance. Now there is a sustainable alternative to diesel as we are learning “clean diesel” is essentially a misnomer. CGR addresses this concern directly by creating equipment that sacrifices nothing in terms or performance — ROEBL can do everything a diesel-powered skid steer can do and more — while completely eliminating tailpipe emissions.

CGR’s skid steer solves two of the industry’s major problems. For years manufacturers have focused on driver safety. CGR reduces operator risk to zero by taking the driver off the vehicle. And the electric drivetrain solves another industry-wide problem — how to operate in close quarters where pollution can be dangerous. Eliminating the tailpipe allows CGR’s skid steer to function nearly anywhere.

According to co-inventor and CTO Justin Gray, “The proprietary controller that is at the heart of the CGR product line scales up to work with larger construction equipment that will be battery powered in the near future. This is the direction of the industry and we are proud to be leading the next wave.”

CGR sees a bright future for its skid steers on farms, construction sites, and hazardous environments across America and beyond.