Trelleborg has named Andrea Masella as the company's Country Manager for North and Central America Agricultural and Forestry Tires. 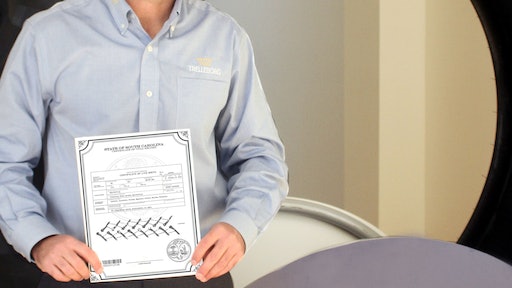 Trelleborg announces that, effective October 19, Andrea Masella was appointed to the position of Country Manager for North and Central America Agricultural and Forestry Tires for Trelleborg Wheel Systems.

Masella graduated in engineering from the University of Rome, Italy. His passion for the agricultural industry grew while initially working for an original equipment manufacturer and then at Trelleborg, where he has held several strategic positions in Europe and North America.

Masella says, “It is an honor for me to take on this new challenge at such an important moment for Trelleborg agricultural tires in the U.S. There are many positive things happening in the company, such as the first 'Made in the USA tire' produced in our state-of-the-art manufacturing facility in South Carolina. We have also successfully launched several new product lines in both original equipment and replacement channels.”