Carraro and Bonfiglioli together to develop O&K Antriebstechnik

Bonfiglioli assumes majority control and ownership of O&K Antriebstechnik, specialized in the design and manufacture of gearboxes for high power machines and crawler cranes. 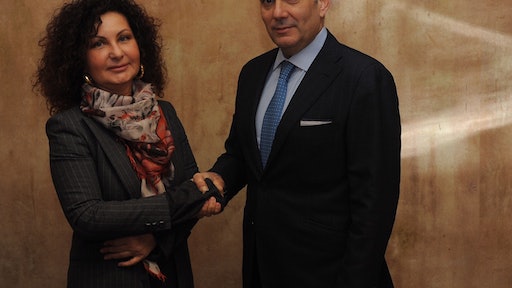 According to this agreement, which sees two of the most historic Italian industrial families in the mechanical sector join forces, Bonfiglioli acquires 55% of O&K Antriebstechnik GmbH for the amount of 25.7 million Euros. Carraro remains in the company with 45% maintaining a strategic role as a key partner in the delivery of specific components.

From the industrial standpoint, Bonfiglioli extends its range with products for higher power applications that can be exploited by its extensive sales network, whereas thanks to this operation, the Carraro Group will be able to further concentrate on developing innovative products – especially transmissions – specifically designed for agricultural and construction equipment.

“The agreement with Bonfiglioli is a great industrial story, which sees two Italian companies join forces in a real partnership approach with a view to mutual development," said Enrico Carraro, Carraro SpA Chairman. "This is a key step in the fulfillment of a strategic program initiated in recent months. A few weeks ago the holding company Finaid announced its availability for a capital increase in support of the new three-year plan and to strengthen the business; today we are confirming our desire to further focus on the core business of transmission systems, while forging a strategic alliance that will bring us benefits in the medium term."

"For us, this is the second very important agreement signed between our Group and a major Italian company in just one year. In 2014, in fact, we announced the acquisition from a leading Italian company of the product lines dedicated to electromobility currently integrated at the plant in Forlì," concludes Sonia Bonfiglioli, Bonfiglioli Riduttori SpA Chairman. "Today, thanks to the partnership put in place with Carraro, we acquire the majority of O&K Antriebstechnik GmbH, one of the most respected companies in the world in the field of heavy-duty gearboxes. This latter operation is targeted at completing our product range with applications on high power machines such as earth moving, construction and mining machines, as well as machines for the marine, port and airport sectors, thus extending the area of global leadership of Bonfiglioli in the transmission and power control field.”

More in detail, in addition to the sale of 55% of O&K Antriebstechnik GmbH share capital, the agreement to the parties having some pre-emptive rights to buy or sell the remaining 45% stake is able to be exercised by September 30, 2020 following fixed price setting mechanisms.

The transaction is subject to, among other things, obtaining the antitrust authorizations and the payment of the fee is established in cash at closing, expected by 30 December 2015.

Carraro will be reserved to the usual rights of governance to protect the minority, including the appointment of an administrator provided with some veto rights.

As part of the transaction, the signing of several commercial and service agreements between O&K Antriebstechnik GmbH and both Carraro Group and Bonfiglioli Group companies is expected.