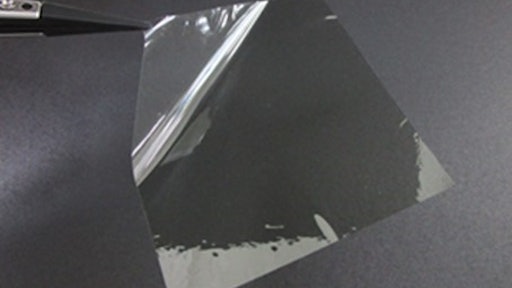 Toray Industries, Inc., announced that an ion-conductive polymer membrane for air batteries. Used in separators, this membrane should help improve the safety and longevity of lithium-air batteries. It will also extend the cruising ranges of electric vehicles, industrial drones and urban air mobility systems

Lithium-air batteries include an air electrode at the anode and metallic lithium at the cathode and have captured particular attention. That is because they are lighter than conventional lithium-ion batteries and offer a 10-fold higher theoretical specific energy density. The downside of microporous film in these batteries is that different electrolytes used in the anode and cathode mix after repeated charge and discharge cycles. The batteries tend to deteriorate easily. Another issue is lithium dendrite deposition and growth during charging. This can compromise safety by breaking through a separator and causing a short circuit between the positive and negative electrodes.

Toray addressed these issues by designing a polymer that enables lithium-ion hopping and leverages molecular design technology for highly heat-resistant aramid polymers. The result was a nonporous polymer membrane with an ion conductivity of 3×10-5S/cm. This high conductivity enables batteries to operate despite the membrane being nonporous. This non-porosity makes it possible, in principle, to attain two types of electrolyte separation and suppresses lithium dendrite formation. Toray verified that lithium metal batteries that include its ion-conductive polymer film operate stably 10 times longer during charge-discharge cycles than those using microporous film.

Request More Information
Fill out the form below to request more information about Ion-Conductive Polymer Membrane for Air Batteries
Latest in Batteries, Capacitors