Bosch Rexroth is expanding its GoTo Focused Delivery Program to provide customers in the U.S., Canada and Mexico the same product offerings and lead times. 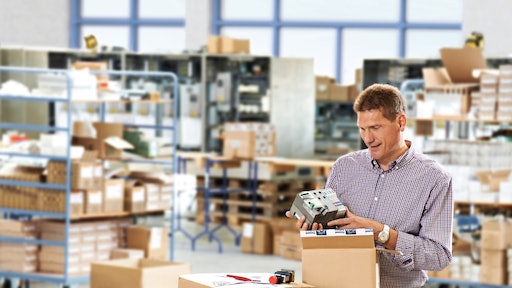 Bosch Rexroth’s GoTo Focused Delivery Program, originally launched in the United States in 2009, is now expanding throughout North America into a single program, with identical product offerings and lead times for customers in the U.S., Canada, and Mexico. New manufacturing and logistics infrastructure at various locations in North America have made the expansion possible and reflects the increasing customer need for faster access to Rexroth technologies throughout the NAFTA region.

The GoTo Program, which started in the U.S. with just over 1,000 part numbers in April 2009, now offers more than triple the original offering and creates an identical program for all customers in the NAFTA region. Nearly 400 new products have been added for the Spring 2014 update. Rexroth also continues to shorten lead times within the program; 97% of the products in the program ship in fewer than 10 days. Key new additions to the program include a wide selection of internal gear pumps, many directional and proportional valves, and a strong foundation of BODAS mobile electronics for flexible, real-time control of electrohydraulic components. Overall, more than 250 new Hydraulics products have been added to GoTo. The extensive Electric Drives and Controls offering has expanded with new IndraDrive and Safety Controls products; and Assembly conveyor products in the GoTo program now include popular TSplus Stop Gates for the first time. Rexroth is also adding more sizes of Tightening Systems products to the GoTo program; and the Linear Motion product offering has been upgraded with the latest generation of Roller Rail Runner Blocks for higher load capacities.

The updates are reflected in all of the latest catalogs at all three country websites: www.boschrexroth-us.com/GoTo ,www.boschrexroth.ca/GoTo, and www.boschrexroth.com.mx/GoTo. Users of Rexroth’s popular GoTo Products apps for iPhone, iPad and Android devices can retrieve all of the updates instantly by using the apps’ sync-on-demand feature. The app will be enhanced for Canadian and Mexican customers with the release of version 4.0 in the coming months, including sales channel look-up and local pricing.