Artisan Vehicle Systems is launching its first underground mining vehicle, a battery-powered, emissions-free machine which can load faster and haul up steep grades faster than its diesel counterparts. 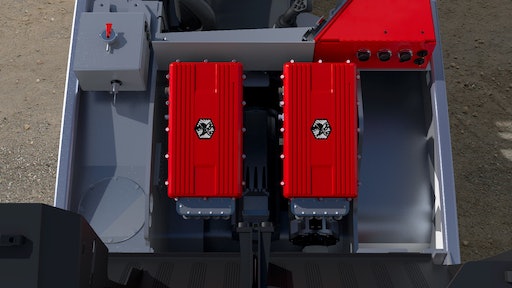 The 153 has 300% of the horsepower of a diesel 1.5-yd LHD. It loads quicker, hauls up steep grades faster, and is far more precise and responsive to operator commands. Operators prefer this unit over diesel because of its higher productivity, more tons moved per shift, zero poisonous diesel emissions, zero detectable heat, and quiet operation. Moreover, the total cost of ownership is comparable, and in many cases lower, than diesel.

Artisan believes that an inflection point in the mining industry is on the horizon. “The days of allowing toxic diesel fumes in underground mines will soon end and will be memorialized in museums as a mining method from a primitive past,” says Mike Kasaba, Artisan’s CEO. Artisan started this transformation 5 years ago with a visionary mining partner, Kirkland Lake Gold (KLG). Today, KLG relies heavily on Artisan’s battery powered equipment for its production and has benefited both in faster access to rich reserves ,as well as in the reduction of capital cost related to ventilation.

The technology is proven, the benefits are real and documented, and mining companies around the world know that a transformation is inevitable. As the world leader in battery powered vehicles for mining, Artisan stands ready to help mining executives implement this important advancement using our best­in­class products, service and support.

Artisan has presold units for delivery in 2016 and is currently sold out of its 153 production capacity through the end of 2016. As of the first day of MINExpo, orders and deposits are being accepted for Artisan’s 2017 153 production run.