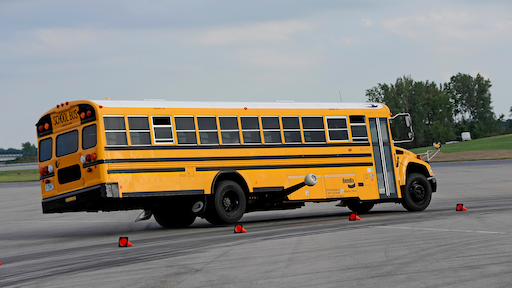 Every day, nearly 25 million children across the U.S. take the bus to and from school. To help keep them safe, and to support the school bus drivers making their journeys possible, the Bendix ESP Electronic Stability Program full-stability system is now standard equipment on all air-braked buses from Blue Bird Corporation, North America’s leading school bus manufacturer.

A proven technology that helps mitigate or possibly prevent loss-of-control and rollover conditions, Bendix ESP has been equipped on more than 700,000 commercial vehicles in the U.S., Canada, and Mexico since its launch in 2005. Bendix is the North American leader in the development and manufacture of active safety, air management, and braking solutions for commercial vehicles.

“Even before full-stability systems became required technology on most commercial vehicles in 2017, they were essentially a safety standard among truck manufacturers and many fleets,” says TJ Thomas, Bendix Director of Marketing and Customer Solutions, Controls Group. “Blue Bird took the lead in making full stability available on school buses, and Bendix is proud to build on our shared commitment to safer vehicles for students and bus drivers – there’s no more important cargo on the roads, after all.”

Fort Valley, GA-based Blue Bird is the leading independent designer and manufacturer of school buses in the U.S., with more than 550,000 buses sold since its formation in 1927 and with more than 180,000 buses in operation today. The company employs more than 2,000 people in its Georgia manufacturing facilities and an extensive network of dealers and service facilities throughout North America. In 2014, Blue Bird became the first North American school bus manufacturer to offer full-stability technology, when it made Bendix ESP available as an option on its conventional school buses. 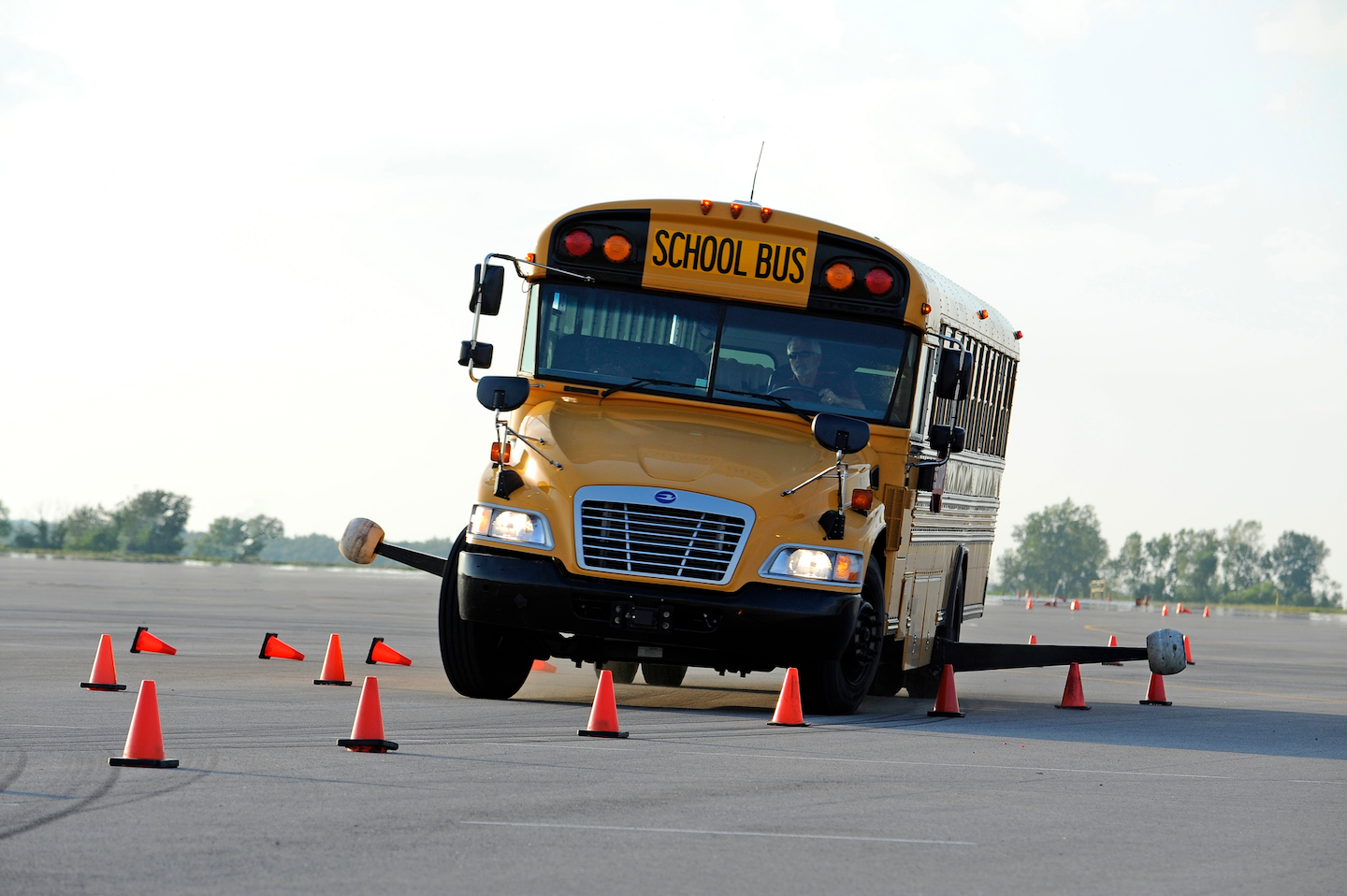 A vehicle on a demonstration track where the stability system is turned off. Outriggers are installed during demonstrations to keep the vehicle from rolling over.Bendix Commercial Vehicle Systems LLC

“Nothing is more important to us than safety,” says Mark Terry, Chief Commercial Officer at Blue Bird Corporation. “Bendix is a great partner, and we are excited to standardize their ESP system, having been first in the industry to offer full stability by Bendix as an option for the past 3 years.”

Terry continues, “Providing additional safety features on buses not only helps keep our children safe, it also gives drivers greater confidence while operating the bus. Safety for your students, peace of mind for your drivers. That’s what drives Blue Bird as we continue to innovate and release new features on our buses.”

Bendix ESP is an antilock braking system (ABS)-based stability technology that recognizes and assists with both rollover and vehicle under- and over-steer driving situations. ESP uses a series of sensors to continuously monitor vehicle parameters, including wheel speed, lateral acceleration, steering angle, brake pressure, and yaw rate. These sensors combine to measure driver intent and vehicle direction, helping to mitigate skids, slides, and loss of control – including rollovers – through interventions such as de-throttling the engine and selectively applying the brakes, typically reacting faster than a human can.

“Human perception is good but still limited, so even the most experienced driver often can’t feel a vehicle’s impending instability,” Thomas says. “And by the time the driver recognizes that unstable situation – something that can happen in an instant – it can be too late to correct. Bendix ESP has the ability to slow the vehicle when it nears a critical stability threshold, which helps keep the driver in control and the vehicle more closely aligned with the intended path. In fact, the National Transportation Safety Board noted in one bus crash report last year that full-stability technology could have made a difference.”

Bendix ESP delivers stability performance on dry and wet surfaces through the combination of its extensive sensor array and both all-axle and individual braking capabilities. Additionally, full-stability technology functions in a wide range of driving and road conditions, including snow, ice-covered, and slippery surfaces. Full-stability systems also serve as the foundation for more advanced technologies such as collision mitigation.

Both Blue Bird and Bendix stress that systems like Bendix ESP are designed to support and complement drivers, in tandem with continuous, proactive training programs. No technology can replace the importance of skilled, alert drivers practicing safe driving habits, and responsibility for control of the vehicle remains with the driver at all times.

“School buses are already a very safe form of school transportation,” Thomas says, “and alongside companies like Blue Bird, we’ll keep working to help make them even more so.”

It is partnering with Perceptive Automata and DHE to leverage human intuition artificial intelligence that reads the intention and awareness of vulnerable road users to increase safety.
Volvo Trucks North America
June 21, 2019

The demo days allow customers to experience the company’s technologies on vehicles in on-road situations.
WABCO
May 2, 2019

PRECO exhibited the future of proximity detection, machine awareness technology, and automation, as well as announced a partnership with Danfoss.
April 9, 2019

The company offers new features on its C and K ranges to better protect drivers as well as other road users in cities and on job sites.
Renault Trucks
April 5, 2019

EDS uses ultrasonic technology to sense when an object is nearby – first slowing, then stopping the machine before it makes contact.
JLG Industries Inc.
February 20, 2019

The new VR safety training solution immerses the trainee into a virtual four-lane rural highway construction site enabling the employee to learn how to interact with coworkers and identify hazards.
Caterpillar Inc.
February 18, 2019

The exemption allows MirrorEye-equipped trucks to operate with an integrated system of cameras and digital displays as an alternative to conventional rear-vision mirrors.
Stoneridge Inc.
January 2, 2019

WABCO has signed an 8-year agreement with a global OEM to supply two of its brands with its braking, advanced driver assistance systems and efficiency technologies.
WABCO
December 20, 2018

From February 2019, the industrial vehicle industry will have an international exhibition that showcases nothing but the latest and next-generation components and technologies.
Follow Us