The system is part of a suite of new precision technologies from Case IH and makes it possible to eliminate the need for chemical application.

A novel system which uses electrical current to control weeds and which is to be marketed as part of a suite of new Case IH precision farming technologies is the winner of a bronze medal in the Innovation Awards given by the SIMA organizers in advance of the 2019 show in Paris. 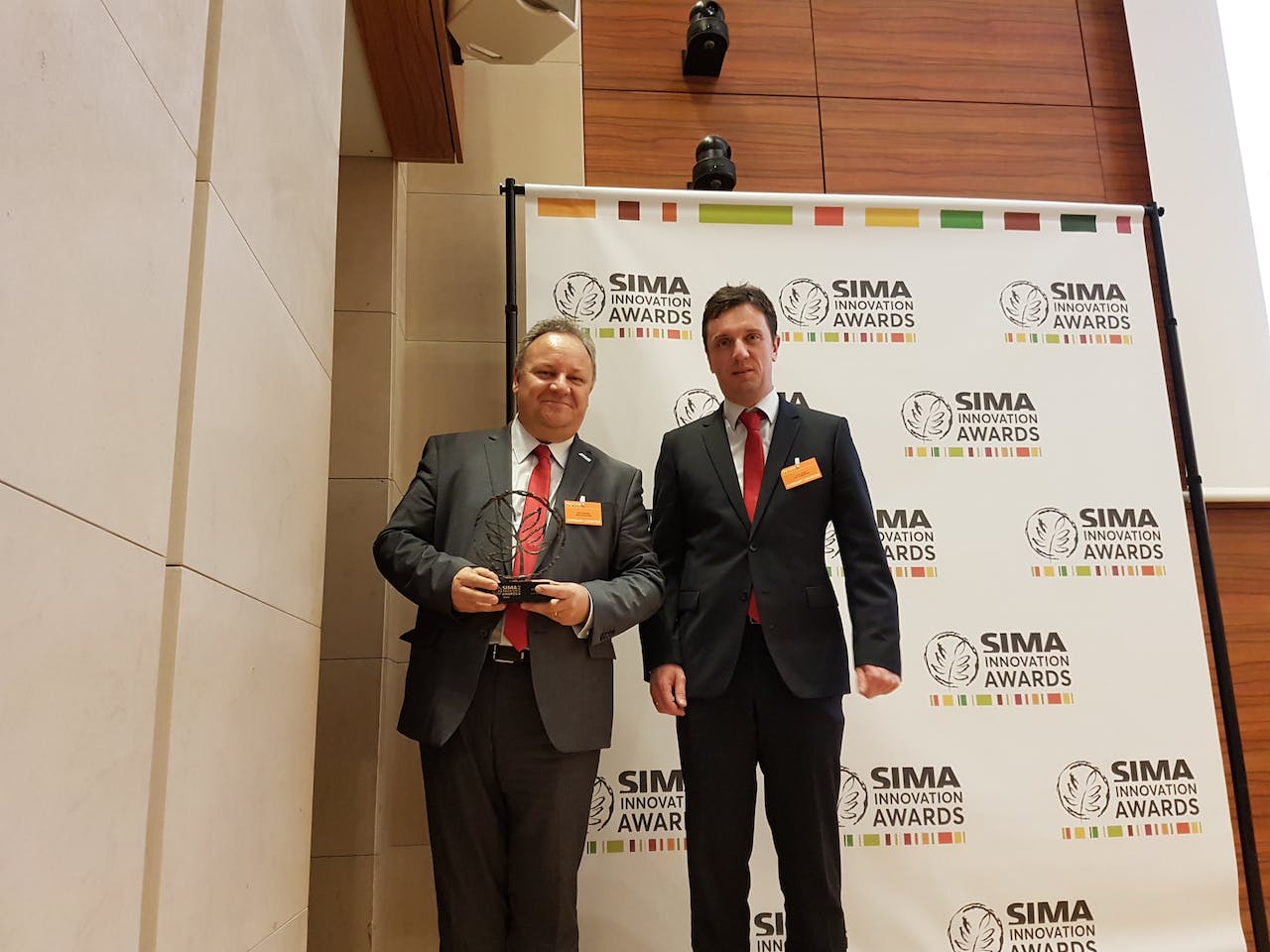 Developed by Swiss firm Zasso Group, the ‘electroherbicide’ technology, branded under the XPower name by Case IH, has been developed in response to the need to find more sustainable solutions for weed control, according to Maxime Rocaboy Product Marketing Manager at Case IH.

“Digital herbicide technology is at least as efficient as chemical herbicides in terms of controlling weeds, and is more efficient, economic, practical and crop-safe than mechanical weeding, in addition to which it does not disturb the soil nor encourage further weed growth,” he suggests.

“At the same time, it is more practical, safer and cheaper than scorching or burning systems used for total weed or haulm control.”

The XPower system essentially converts mechanical energy into electrical energy, substituting chemicals for high-energy electrons, applied through the weed leaves and working down through to the roots, explains Rocaboy. The application technology itself is modular, for maximum flexibility, and can be tailored to suit specific crop geometries and needs.

“Mounted on a tractor or its implement at a working width of 1.2-3.0 m, its weed contact unit(s) create a high voltage. With the aid of a sensor and/or camera-based guidance system, XPower, controlled by the tractor’s Class 3 ISOBUS system, transfers this voltage via one element on contact with the weed leaves which stand proud of the crop or ground, whereupon it travels down to the roots. Another element touching another weed closes the electrical circuit and the weed chlorophyll is damaged immediately. The system is as effective on larger weeds as smaller ones.

“The exact weed species is irrelevant, and there is no risk of subsequent weather changes impacting on the efficacy of a pass with the system or, in the longer term, of herbicide resistance developing. There’s also no need for multiple applications or complex spraying schemes, while the system helps to address the gradual reduction that is occurring in the number of available herbicides, and the lack of new ones coming through. And in addition, there are no concerns over compatibility with the crop concerned – providing the system can treat weeds growing above the crop, they will be controlled.”

The dwindling number of chemical herbicides and low number of new products coming through is playing a large part in the growing problem of weed resistance to herbicide active ingredients, points out Rocaboy, and balancing resistance management with the need for effective control is an ongoing challenge.

“Using the electrical weed control, on its own or in conjunction with chemical and/or mechanical weed control, overcomes many of these issues in an economic manner and without requiring long approval procedures. Units can be adapted for different row crop systems, and can be controlled via ISOBUS Class 3 compatible tractors.”

Aside from control of weeds such as tall grass species in field crops, and treatment of weeds with complex root systems such as couch, where soil disturbance can make problems worse, the system has potential to aid weed control in fruit plantations between trees or bushes, with close weeding possible, no risk of tree/bush damage and no soil movement, preventing further weed germination and minimizing soil erosion risk. Manual labor requirements are eliminated, and the system is compatible with organic farming principles. Meanwhile, items such as water pipes and fencing are at much less risk of damage than they are when mowing to control weeds.

The technology can be used with other systems in the growing suite of Case IH precision farming products, points out Rocaboy.

“For example, with the required electrical power for best results being dependent on leaf surface moisture, and the ability to travel being dependent on soil moisture, the new FarmXact weather forecast and soil moisture recording system, which uses an in-field weather station, can be used to check whether these factors are right for treatment. FarmXact incorporates SoilXact soil sensors which are sited in the field throughout the year. Data from these, plus other available data such as that from rain radar, satellite images and weather station recordings, also form part of the soil moisture forecast.”