CNH Industrial is helping lead the ConectarAGRO Association, which aims to bring the internet to the countryside and remote regions of Brazil. 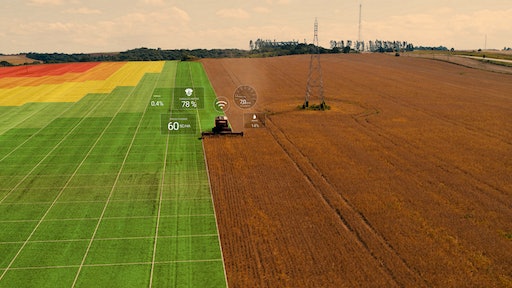 Brazil is a world leading producer of grain, and is set to reach a new national grain production record, with some 251 million tons of soybeans and corn in the 2019/2020 harvest, according to the Country’s Ministry of Agriculture, Livestock and Supply. In the near future, a significant improvement in rural productivity is expected thanks to increasing connectivity, one of the pillars for the continuity of the Brazilian agriculture evolution.

To guarantee network access in the field, CNH Industrial is one of the founders and leaders of ConectarAGRO, a non-profit association that aims to bring internet to all agricultural and remote regions of the country in an open, accessible and simple way – working to overcome a challenge faced by more than 70% of rural properties, according to the Brazilian Institute of Geography and Statistics.

The organization is convinced of the important benefits offered by connectivity, an essential aspect to enable the full use of automation, servitization and digitalization – three pillars of CNH Industrial's growth strategy.

“By bringing connectivity to the countryside, we will benefit not only farms, where equipment and people will be connected, but the entire value chain that involves agribusiness as well as logistics operators, who transport the harvest. Both agricultural and construction equipment will be able to operate to their full potential, using all onboard technologies, increasing producer profitability, land usage as well as enabling the reduction of fuel consumption and wasted inputs,” says Vilmar Fistarol, General Manager South America, CNH Industrial.

In 2019, ConectarAGRO expanded connectivity to more than 5.1 million hectares of rural areas in Brazil via 4G LTE 700 MHz broadband, which represents around 8% of the Country’s grain and sugarcane planted area – an area which is greater than Belgium, Holland and Switzerland combined. This coverage benefited more than 575,000 individuals, 218 towns and eight states, as well as more than 24,000 km of roads.

CNH Industrial has further strengthened its commitment to the initiative with the election of Gregory Riordan, the Company's Director of Digital Technologies for South America, as President of the newly formed ConnectarAGRO Association.

“It is a significant responsibility to lead such an important project. By 2021 we want to have more associates, expand connectivity to 13 million hectares in Brazil and develop projects aimed at upskilling people who live and work in the countryside within a new digital reality,” says Riordan. "In parallel, we will analyze with interest the international expansion of ConectarAGRO, since we have already been contacted by institutions in other South America countries.”

Connected equipment enables significant productivity and efficiency improvements: when using connected technologies Case IH and New Holland Agriculture planters can increase efficiency by up to 5%, when following planned paths together with the use of real-time monitoring, to minimize downtime.

The planning of harvesting logistics can increase machine availability by up to 20%, thereby avoiding unscheduled stops and facilitating onward crop handling logistics.

As such, access to automation and digitalization facilitates better management of machinery fleets, agricultural property and production planning, enabling accurate, fact-based decision making. This roll out will benefit entire rural communities and their ways of working.