Oshkosh Defense received an order from the U.S. Army to provide 698 of its Family of Medium Tactical Vehicles (FMTV) trucks which are often used for combat operations, relief efforts and unit resupply missions. 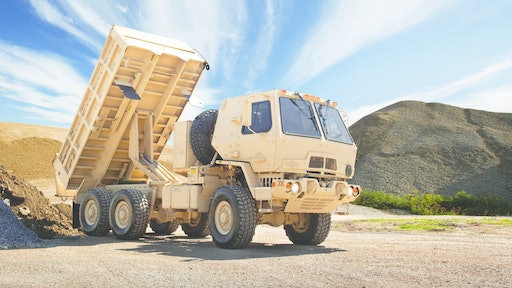 “The Oshkosh FMTV delivers unprecedented durability and reliability while meeting the demands – of the mission and our soldiers on today’s battlefields,” says John Bryant, Senior Vice President of Defense Programs at Oshkosh Defense. “The FMTV program is a prime example of how Oshkosh has worked with the U.S. Army to deliver a very successful vehicle program that achieves all of the quality, performance, schedule and cost objectives – and ultimately puts a great truck in the hands of our soldiers, who deserve nothing less.”

Oshkosh began producing FMTVs for the U.S. Army in 2010. Since then, Oshkosh has delivered more than 22,000 trucks and 11,000 trailers including a recent order in December 2014 for 256 FMTVs. The Oshkosh FMTV continues to provide record-setting quality and significant cost savings to the U.S. Army, and was recognized by the U.S. Department of Defense with the 2013 Value Engineering Achievement Award.

The U.S. Army and National Guard rely on the FMTV at home and abroad in tactical and combat operations, relief efforts and unit resupply missions. The Oshkosh FMTV equips soldiers with crew-protecting armor and advanced technologies to provide the versatility, mobility and protection as they perform their missions.

The Oshkosh FMTV is a series of 17 models and 23 configurations ranging from 2.5- to 10-ton payloads. Commonality of parts of over 80% across chassis variants optimizes logistics efficiency and reduces operational costs. The Long-Term Armor Strategy-compliant cab and other advanced technologies give military personnel the enhanced protection they need to confidently complete their missions.