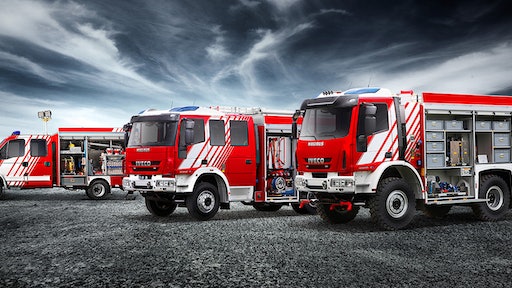 Magirus, the firefighting equipment brand of CNH Industrial N.V. has won a significant bid in a tender called by the Austrian Federal Procurement GmbH (BBG). The decision sees Magirus Lohr, the brand’s Austrian division, as the country’s chosen supplier of firefighting vehicles in the light (up to 7.5 tonnes) category for the next three years and heavy-duty (up to 16 tonnes and over 26 tonnes) category for the next five years.

Reliability, attractive procurement costs and high quality components were some of the factors contributing to Magirus Lohr’s successful tender. This win secures Magirus Lohr an order volume of up to 150 million euros over the next five years.

The BBG tender sets prices for defined standard vehicles, allowing every Austrian community the chance to purchase its firefighting vehicles via the BBG’s online tool, which is used by over 80% of Austria’s communities. The equipment in each firefighting vehicle supplied under the tender has been coordinated together with Austrian state fire department associations, which are comprised of professional and volunteer fire brigades. While vehicle orders must go through the BBG’s online system, the fire departments can also customize and adapt their chosen equipment to their own requirements.

At the forefront of firefighting technology, Magirus provides a comprehensive range of state-of-the-art fire trucks, ladders, rescue and equipment vehicles as well as pumping equipment. In 2014, the brand celebrated its 150th anniversary at its headquarters in Ulm, Germany, also home to its firefighting excellence center.