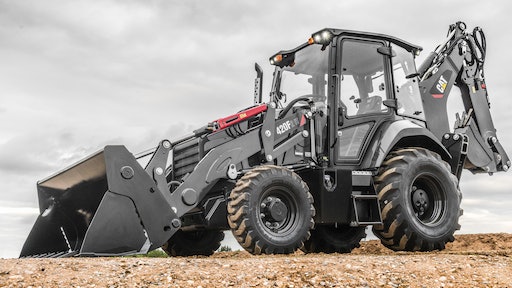 On September 24, 2015, Caterpillar’s Building Construction Products (BCP) Division Desford facility kicked off the celebration of 30 years of backhoe loader production at the facility with a two-day anniversary event. Customers, dealers and employees from around the globe gathered at the Leicester facility to mark this milestone occasion.

BCP Desford began production of the backhoe loader in September 1985 and sold its first 416 machine to a customer in New Jersey, USA. Since then, the facility has gone on to produce a total of seven series of backhoe loaders over the past 30 years. With a number of innovative, industry-leading features and designs, Caterpillar has seen the backhoe loader go from strength to strength, fast becoming one of its most popular and versatile machines. This year will also see the facility produce its 300,000th backhoe loader machine.

As part of the 30th anniversary celebration, Caterpillar unveiled two customized units: a 420F2 IT center-pivot and a 432F2 side-shift. Built in Desford, these two machines were presented in anniversary colors and are fitted with a premium Cat branded leather seat, leather steering wheel, LED lighting and anniversary decals.

The evening celebration was followed by an additional day of activities, during which customers and guests had the opportunity to learn more about the company, watch the BCP Cat portfolio in action and test some of the equipment.

This is a significant occasion not only for the company and the facility, but also for the local community. Tony Carr, Facility Manager at BCP Desford said, “We are delighted to be celebrating this milestone anniversary at the facility. Over the last 30 years, the backhoe loader has grown and developed into an impressive and industry-leading machine. Each new series of the machine has delivered new, innovative features for the customer that demonstrate our commitment to build the backhoe loaders that offer the best value to our customers.”