Anglo American is partnering with ENGIE to convert a mine haul truck to hydrogen power as part of its sustainability efforts. 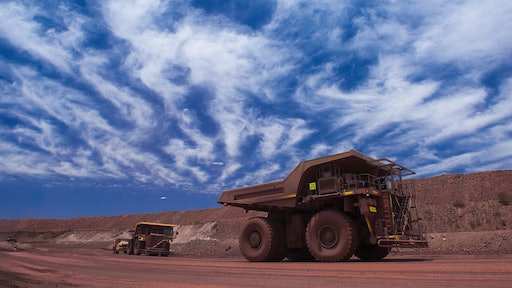 Mining company Anglo American has announced it will collaborate with ENGIE—a global energy services company—on the development of the world's largest hydrogen-powered mine haul truck.

The project is part of Anglo American's sustainable mining efforts, which it refers to as FutureSmart Mining. Through this initiative the company is looking to apply innovative thinking and technological advances to address mining's sustainability challenges.

Anglo American will develop the truck, and ENGIE will provide the hydrogen generation solutions. According to the original press release from Anglo American, this is the first time a truck of this size and load capacity is being converted to run on hydrogen.

Use of hydrogen is growing in heavy-duty vehicles due to the many benefits it provides. Hydrogen is a clean fuel as it emits only water vapor. It is also an abundantly available resource, and offers faster refueling than some other fuel and alternative power options.

Tony O’Neill, Technical Director of Anglo American, comments, “We are extremely pleased to be partnering with ENGIE and we look forward to developing and implementing this step-change technology. As part of our Smart Power Project, where we analyzed our mine site power requirements and applied a unique decision process on how we look at renewable energy systems and their benefits, we came up with a mix that allows us to be carbon neutral and have a very different footprint.

“This is part of our plan to create a smart energy mix that moves us closer towards our carbon and energy targets for 2030 and, ultimately, our vision of operating a carbon-neutral mine.”

The hydrogen-powered truck is expected to begin use in 2020. It will be tested and validated at Anglo American's Mogalakwena platinum group metals mine in South Africa. After the initial testing, the company anticipates deploying the vehicle at other sites.