Scania has supplied a 16 L engine for the testing of renewable diesel fuel made from waste plastic. 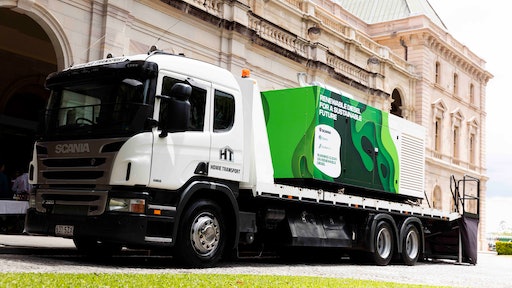 Scania has supplied a 16-L engine for an innovative new Australian trial of renewable diesel fuel. The fuel will be made from waste plastic, old vehicle tires, agricultural and forestry waste, as well as biosolids, and the goal is commercial scale production.

Over the next 12-18 months, Queensland-based company Southern Oil will be trying out renewable diesel from its Advanced Biofuels Pilot Plant in the test engine. The aim is to demonstrate that this renewable fuel can perform identically to petroleum-based diesel.

The high-end Scania V8 test engine is being used in its power generation configuration for the testing, which allows assessment of exhaust emissions, performance and response, fuel efficiency, cost and engine lifetime.

Southern Oil is a leading Australian supplier of lubricant oil. The company re-refines waste oil to remove all contaminants and restore it to the original condition for reuse. Southern Oil is now aiming to build a commercial-scale renewable fuel refinery within 5 years. 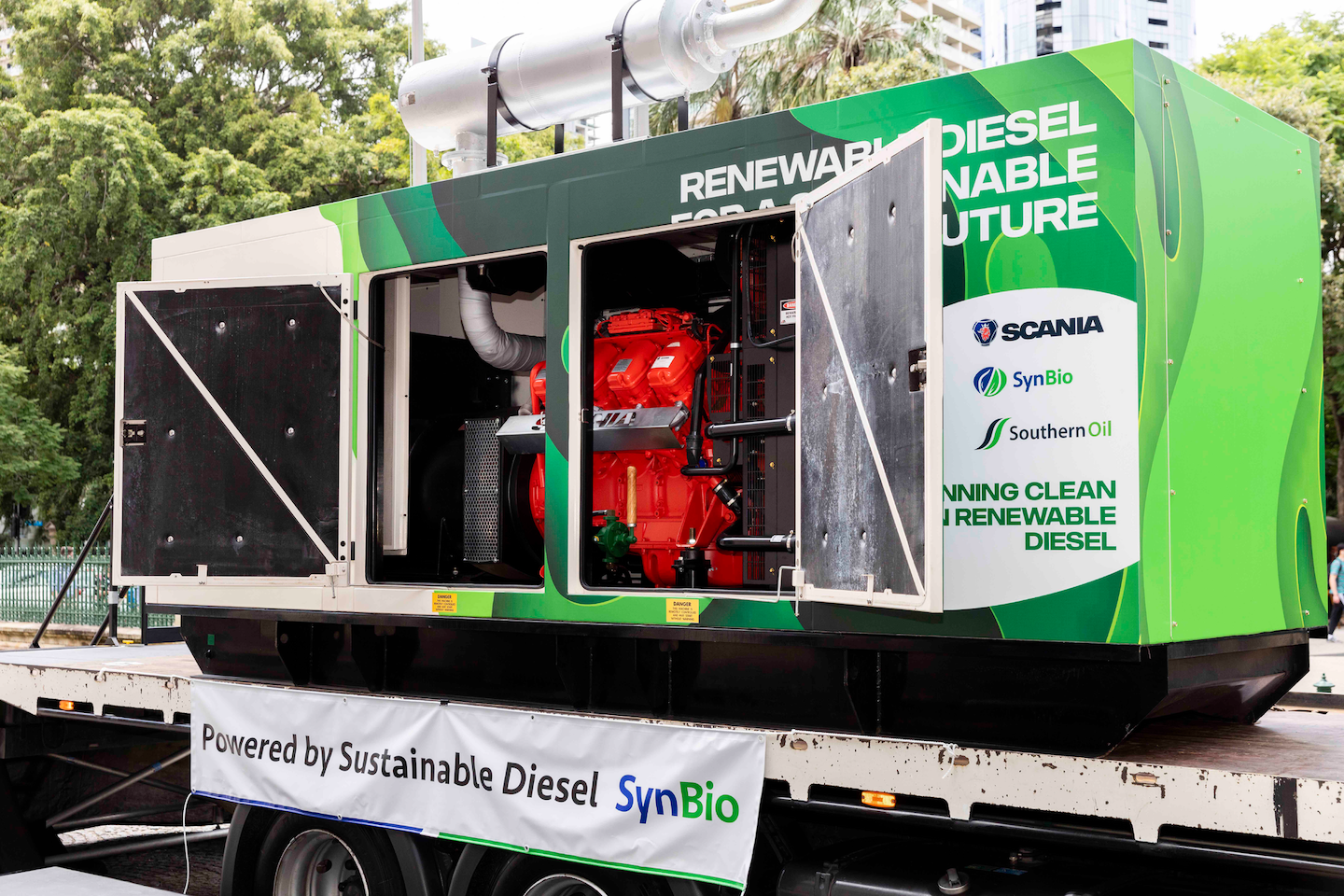 “Having a company like Scania endorse our fuel is crucial to creating commercial demand for our diesel and moving from pilot scale into demonstration scale,” says Tim Rose, Managing Director, Southern Oil.

A critical milestone for renewable fuel in Australia

But before warranty is secured, an estimated one million liters of the renewable diesel will be trialed at Southern Oil’s advanced biofuels laboratory.

“Warranty by an original equipment manufacturer like Scania is crucial to commercialization and uptake of the fuel, as it must have the identical performance and characteristics of fossil fuel,” says Queensland’s State Premier and Minister for Trade, Annastacia Palaszczuk.

“This trial is a critical milestone for the development of the renewable fuel industry in Queensland.”

Not only do we supply robust and reliable off-road engines that are characterized by premium product quality, we support projects all the way throughout the lifetime of the machines – from design right through to installation and superior service support.
October 1, 2020
Latest

The partnership will enable the companies to supply, distribute and service diesel fuel injection systems for on- and off-road engines
Stanadyne LLC
March 11, 2020

The new funding investment for the DOE's H2@Scale initiative will support R&D to expand production, storage and use of hydrogen.
January 28, 2020

All Alternative Fuels Should be Considered for Energy Transition in EU

ACEA is part of a coalition of vehicle manufacturers calling on the European Commission to take a technology-neutral approach in its upcoming review of the Alternative Fuels Infrastructure Directive.
European Automobile Manufacturers Association (ACEA)
January 14, 2020
Fuels & Fluids

NREL researchers have found an oxygenate molecule capable of being produced from biomass which could improve diesel fuel performance and reduce emissions.
Sara Jensen
December 17, 2019

Anglo American is partnering with ENGIE to convert a mine haul truck to hydrogen power as part of its sustainability efforts.
OEM Off-Highway Editorial Staff
October 14, 2019
Fuel Tanks & Systems

Bosch says continued carbon dioxide emissions reductions will be aided by the use of renewable synthetic fuels.
Bosch
September 23, 2019
Follow Us