Omnitek has received approval from the EPA to convert Mack E7 electronic engines from diesel to natural gas. 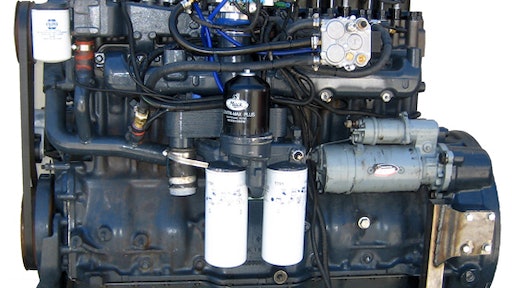 Omnitek Engineering Corp. announces it has received a Certificate of Conformity from the U.S. Environmental Protection Agency applicable for diesel-to-natural-gas engine conversions of all Mack E7 electronic engines up to model year 2006. The Certificate of Conformity allows engine conversions to proceed in 49 States and covers 166 Mack E7 engine/model/power variations.

Omnitek will offer 100% dyno- tested “drop-in” ready converted engines, configured for quick installation. An assembly line engine remanufacturing/conversion process performed by the company’s strategic partner Reviva, based in Minneapolis, will assure that engines are in “as new” condition with the highest quality and uniformity.

“We are excited to commence Mack E7 engine conversions immediately as there is significant pent up demand for converting the popular Mack E7 engine model to natural gas. We expect strong sales momentum in the quarters ahead as fleet customers take advantage of the favorable economics of natural gas and our 'drop-in' engine program. Diesel-to-natural-gas engine conversions are a viable and cost-effective option for fleets to transition to natural gas within a practical timeframe,” says Werner Funk, President and Chief Executive Officer of Omnitek Engineering Corp.

He notes that Omnitek’s conversion technology for the Mack E7 engine, one of the most popular engines for waste collection companies, has already been validated on California roads, following the completion of 21 Mack E7 engine conversions under a CARB test permit in cooperation with one of the largest refuge collection companies in the United States.

“We anticipate conversions of refuse collection trucks will comprise a large portion of the Mack E7 business. Furthermore, we look forward to finalizing the development of the Detroit Diesel Series 60 and Caterpillar C15 engine conversion kits,” Funk says.

Funk notes the high engine power and favorable emissions of the diesel-to-natural-gas converted Mack E7 engine attributed to Omnitek’s patented technology -- producing 400 hp with low NOx emissions of 0.14 gr/bhp-hr, per the EPA SET emissions test protocol without the use of EGR. “As engines are converted to use 100% natural gas, the payback on a diesel-to-natural gas truck conversion can be as short as 16 months, including the cost for the engine, fuel storage system and installation labor. This is a significant improvement compared with diesel-dual fuel technology, which uses a mix of diesel and only a small amount of natural gas,” Funk says.