A change in market requirements, as well as the expansion of Hatz's product portfolio led to the decision to have HWAG take over the branch in Switzerland. 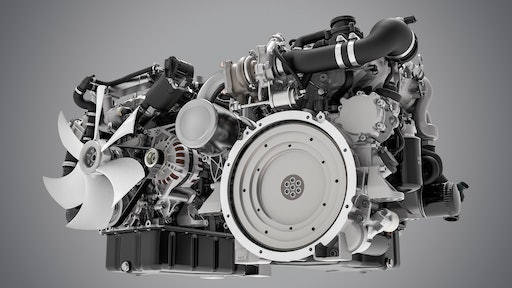 In recruiting Hans Wegmüller AG (HWAG) on September 1, 2018, Hatz has acquired an experienced partner for the expansion of its local sales and service activities.

Since Hatz presented its first engine in 1906, the company has developed into one of the leading producers of mechanical air-cooled industrial engines and has set up 12 locations worldwide. A change in market requirements on the one hand and the expansion of the company’s own product portfolio on the other have now led to the decision to wind up the site in Altendorf, Switzerland, and hand over sales and service activities to Hans Wegmüller AG.

Bernhard Richter-Schützeneder, Hatz Director Sales and Marketing, “With the new H-series, we brought a new generation of electronically controlled, liquid-cooled engines to market-readiness. As a result of expanding the application range we thereby naturally increased the number of parties interested in our products. Coping with this surge in interest would have meant extensive restructuring in terms of service in our Swiss branch, and moreover, having to address a completely new clientele. The danger of such expenditure not corresponding with the market radius of the location would have been relatively great. After in-depth analysis, we finally decided to hand over our presence there to an experienced partner.”

The responsible persons at Hatz were able to recruit their partner of choice in the shape of HWAG. The company, founded in 1960, is the long-term general representative of VM Motori and Telma. It is also a sought-after contact for all services related to diesel engines and eddy current brakes, in Switzerland and beyond. To integrate the Hatz products seamlessly into the existing range, HWAG employees completed an extensive training program with Hatz in advance and gained intensive experience of the portfolio. As HWAG previously concentrated primarily on engines with a displacement of more than 3 L, the new partnership with Hatz offers the perfect supplement. Bernhard Badertscher, Engine Sales and Technology at HWAG, says, “The Hatz range rounds off our offering with high-quality solutions with lower displacement figures. Our team is highly motivated to present Hatz engines to our large network of customers and to impress existing customers in Switzerland with our service quality.”

The new arrangement is a win-win situation for both parties: Hatz benefits from far-reaching sales structures and service presence, while HWAG can expand its portfolio meaningfully. Richter-Schützeneder, says, “On behalf of Hatz, I would like to thank our Swiss Hatz team for their long-standing commitment. We would also like to thank our loyal customers in Switzerland and ask that they entrust themselves to the care of HWAG’s specialists.”