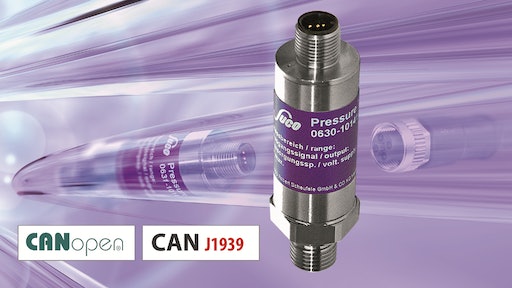 SUCO Robert Scheuffele GmbH & Co. KG has developed two CANbus transmitters which are part of its 063X Series, the 0630 and 0631.