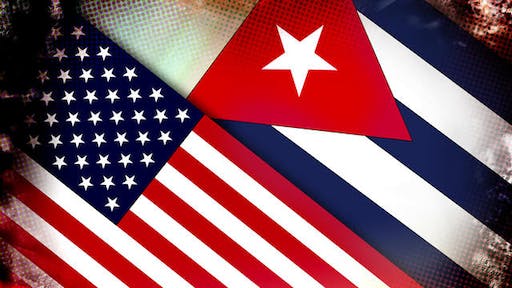 On December 17, 2014, President Obama made a surprise announcement that the U.S. will normalize its relations with Cuba - the most significant change to the U.S.'s Cuba policy in over 50 years. The changes in policy will be implemented via amendments to regulations of the Departments of the Treasury and Commerce and aim to further enhance the U.S.'s goal of empowering the Cuban population.

Shortly after the announcement, the Association of Equipment Manufacturers (AEM) released a brief news statement titled, "Relaxation of Restrictions on Cuban Exports Will Benefit AEM Members." The immediate implications for AEM members referred specifically to a portion of authorized construction and agricultural exports under the amended policy.

"Specifically, the Commerce Department will be issuing regulations that will authorize for export certain building materials for private residential construction, goods for use by private sector Cuban entrepreneurs, and agricultural equipment for small farmers," stated a senior administration official in an excerpt from a press briefing call, (document titled Background Conference Call on Policy Changes in Cuba and the Release of Alan Gross). These changes will make it easier for Cuban citizens to have access to lower-priced goods to improve their living standards, gain greater economic independence from the state, and overall develop the private sector in Cuba."

Later on in the call, a member of the press posed the question, "Regarding the trade portion of this plan, how would you characterize how open trade will be with Cuba? Is there any estimate on the potential market for U.S. exporters?"

In response, a senior administration official stated, "This will open up certain kinds of products that will be mainly used by the private sector within Cuba, which only recently has initiated and is growing. It will be residential construction, goods used by private sector Cuban entrepreneurs such as restaurants, barber shops, small business operators, and agricultural equipment for small farmers. So it is designed to strengthen civil society and the private sector.

To give you some round numbers for dollar values, last year, in 2013, we at Commerce issued licenses for almost $300 million worth of commercial sales for medical products alone and about $3 billion of agricultural exports. So just in those two areas that have already been authorized, there are some substantial potential."

Caterpillar Global Governmental Affairs Director Bill Lane said, "The reopening of diplomatic relations between the U.S. and Cuba is a welcome development, a move which Caterpillar has been a long-standing proponent. Engagement, rather than isolation, can provide a strong incentive for change, benefitting American and Cuban communities alike. We are hopeful that today’s events represent a key step toward a true open relationship between both nations, offering opportunities to export to a new market and Cuba the necessary goods to modernize."

Ken Golden, Director of Global Public Relations for Deere & Company, echoed Lane's sentiment. “We consistently support the principles of free trade that we are confident provide opportunities for the citizens and markets of the world. There is a need in Cuba, as there is around the globe, for productive, modern machinery to help feed, clothe and shelter the world’s rapidly growing population.

"Cuba is a potential market for John Deere products and services. We look forward to serving customers in Cuba as we do throughout Latin American and around the world.”