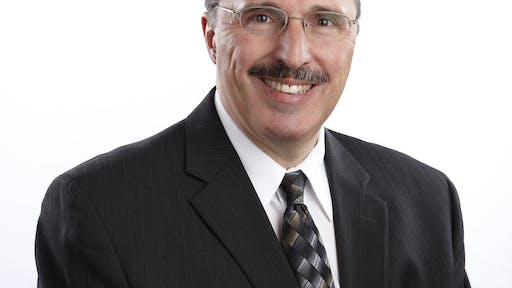 What government regulations, standards or bills were of top concern that most affected the way your members do business and go to market?

Achieving a long-term highway bill remains one of AEM’s top priorities. Ending the uncertainty surrounding infrastructure investment and repairing America’s crumbling roads and bridges is of vital importance for all of our members, and for the entire industry. We strongly supported the Senate’s efforts to pass a real highway bill this summer, and are working to encourage the House to make good on its promise to pass its own long-term bill this fall.

We’re also focused on helping to advance pro-manufacturing trade policies. We worked this year to support passage of presidential “trade promotion authority” that will help ease the path for major trade agreements with Asian-Pacific and European trading partners. We’re also fighting to reauthorize the Export-Import Bank, so that manufacturers can avail themselves of this important tool to establish new business.

The Renewable Fuels Standard (RFS) is also an important issue for AEM members, especially at this time of difficulty for the agriculture industry. We remain committed to fighting for commonsense standards that will support America’s farmers and agricultural equipment manufacturers. The RFS remains an important tool for supporting agriculture and promoting energy independence, a view we’re repeatedly conveying to both the Obama administration and other stakeholders in this important debate.

We also need tax policies that make sense for manufacturers. We’re constantly reminding Congress that manufacturers and their customers need a more consistent and certain tax climate to make appropriate investments. Manufacturers and their customers shouldn’t have to wait until December to determine their tax obligation for the entire preceding year. That’s why we’re encouraging Congress to pass extensions of expiring tax provisions like Section 179 expensing and bonus depreciation as quickly as possible, to provide meaningful certainty to AEM members.

How are you making a difference to engage with policy makers?

AEM has been working proactively to broaden our spectrum of engagement with policy-makers on all levels, along with positioning our members to make our industry’s case to elected officials and equipping them with the tools they need to be successful advocates.

Through I Make America, we’ve enlisted thousands of new grassroots supporters to support our manufacturers. In many ways, 2015 was a record-breaking year for both AEM and I Make America. Our grassroots supporters have sent lawmakers tens of thousands of emails on industry issues, and we’ve gotten more representatives from our member companies to Capitol Hill this year than ever before to engage with their Congressional leaders. We’re planning to build on those successes with an even more robust campaign in 2016.

We’re also working to inject equipment manufacturing issues into the center of the presidential campaign. The bottom line is that our industry reflects the manufacturing backbone of America’s economy, and AEM wants to ensure that candidates – in both parties – for the nation’s highest office are responsive to our issues.

That’s why we went to the Iowa State Fair this summer to engage with candidates and elected leaders to talk about the issues important to AEM members. We had seven presidential contenders visit our booth, a cornerstone of which we’ll build our 2016 efforts. We’re also working to open our member companies’ doors to candidates and elected officials so that we can communicate our industry’s views to these leaders and help manufacturing workers make informed decisions. We’ll also be growing our grassroots outreach efforts next year to make sure everybody understands the manufacturing issues at stake in next year’s elections.