AEM has released a new poll showing an overwhelming majority of Americans in urban, suburban and rural communities support infrastructure investments to improve the U.S. economy. 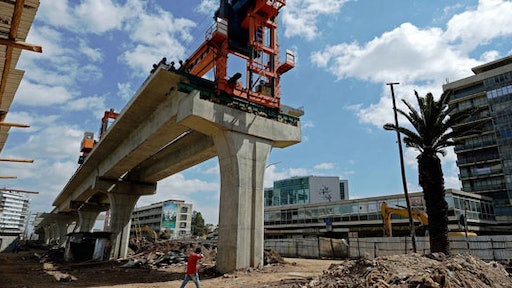 An overwhelming majority of Americans in urban, suburban and rural communities believe that investing in infrastructure will improve the U.S. economy according to a new poll released Tuesday by the Association of Equipment Manufacturers (AEM).

While infrastructure needs differ in different parts of the country, the new survey shows that adults strongly support modernizing U.S. infrastructure and believe that investments will create jobs and improve their quality of life.

The national poll identified a number of key findings, including:

“It is time for Congress and the administration to listen to the American people and rebuild our infrastructure, spur economic growth and accelerate job creation as a result,” says Kip Eideberg, AEM Vice President of Public Affairs and Advocacy.

Respondents also identified transportation, construction and manufacturing as the top industries poised to benefit most from increased infrastructure investment. Thirty percent of all Americans pointed to manufacturing as one of the three primary beneficiaries of increased spending on infrastructure, a figure that rises among Midwesterners (34%) and rural Americans (34%).

The poll also found that a third of Americans (33%) believe that investing in broadband and wireless connectivity would most likely benefit their ability to access educational and workforce training resources.

The findings support recommendations made in a recently released report by AEM called The U.S. Infrastructure Advantage. The report emphasizes the importance of the United States reclaiming its infrastructure advantage in order to maintain its global economic dominance. The report also highlights several areas in which infrastructure, such as surface transportation and broadband, provide critical links between urban and rural communities and economies.