CECE reports strong sales of compact equipment and increased demand in the fourth quarter helped prevent a further decline in 2020. 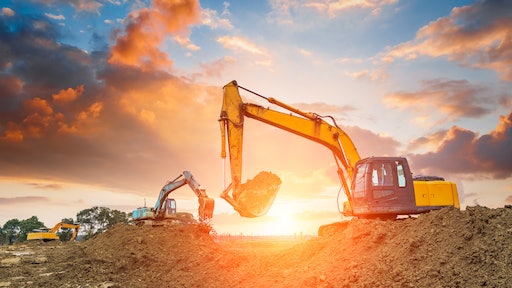 European construction equipment sales are expected to be up 5% in 2021.
©Zhao jiankang – stock.adobe.com

CECE -  the Committee for European Construction Equipment - has released its annual economic report. It indicates the construction equipment industry did not suffer as much in 2020 as initially thought it might, and that the industry is feeling positive about prospects for 2021.

According to CECE, sales in the European construction equipment market declined 6.4% in 2020. This was a modest drop considering the many negative impacts of the COVID-19 pandemic in Europe and the world as a whole. CECE says a high volume of sales continued for light and compact equipment during 2020 which aided the overall market.

Heavy construction equipment sales, however, declined 19%. CECE states in its press release announcing the market results that less expensive machines were sold at almost normal levels during the pandemic, while investment in more capital-intensive equipment suffered from the economic uncertainty.

Sales figures for 2020 were the result of a combination of anticipated cyclical downturn after years of growth and the slowdowns in business activity brought about by COVID-19.

“As we all know, 2020 was the most unexpected and unpredictable of years. From an economic point of view, it represented a year of disruptions with certainties and forecasts crumbling before our eyes. However, as you will see in our report, the construction and industrial sectors in Europe have shown a great amount of resilience and capability to rebound quickly, limiting the damages of the first semester. The foreseeable boost in construction and infrastructure activities from the European Recovery Plan represents another reason to remain optimistic for the near future,” says CECE President Niklas Nillroth.

As a cyclical downturn was anticipated in 2020, CECE says the year began in line with expectations, down 5% in the first quarter. By the second quarter though, the market was down 28% compared to the previous year due to lockdowns put in place throughout much of Europe.

As lockdowns began to ease later in the year, sales began to reach similar levels to 2019 and were flat on a year-over-year basis in the third quarter. CECE says by the fourth quarter of 2020 there was improved demand and sales rose 9%.

Market sales in most countries reflected the impacts of the pandemic. Although the Italian market reached the same level of sales it had in 2019 while the Turkish market was able to recover from the crash it experienced in 2019.

CECE says that while the short-term outlook is questionable due to ongoing uncertainty surrounding the pandemic, in general the business climate in the European construction equipment industry is positive. The business climate index in CECE's Business Barometer has improved in the last few months and is significantly higher in March than it was when the pandemic outbreak began last spring.

CECE says a significant majority of the manufacturers surveyed expect business to grow in the first half of the year, and their satisfaction with current business conditions has greatly improved.

European equipment manufacturers report order intake has been growing year-over-year since December 2020, and sales in the market are expected to be on a growth path in 2021.

The European construction equipment market is forecast to grow 5% in 2021. However, CECE notes that given the uncertainty that remains with the pandemic even a flat market would be welcome in 2021.

The association notes the global market is also expected to show moderate growth in 2021, though the volatility of the Chinese market and its influence on other global regions could pose some challenges.

Higher debts in many countries may cause issues for the European market, as well, as it could at some point hinder infrastructure investments which are often beneficial to construction equipment sales.