Zeng Guang’an provided his perspectives on industry development, transition from old to new economic engines, the globalization of Chinese enterprises and the development and competitiveness of the country's manufacturing industry.

The first session of the 13th National People's Congress (NPC) opened in the Great Hall of the People in Beijing, Capital of China on March 5. Chinese Premier Li Keqiang delivered the annual report on the work of the government at the opening ceremony. Zeng Guang’an, NPC deputy for Guangxi Zhuang Autonomous Region and Chairman of Guangxi Liugong Group Co., Ltd., attended the conference. 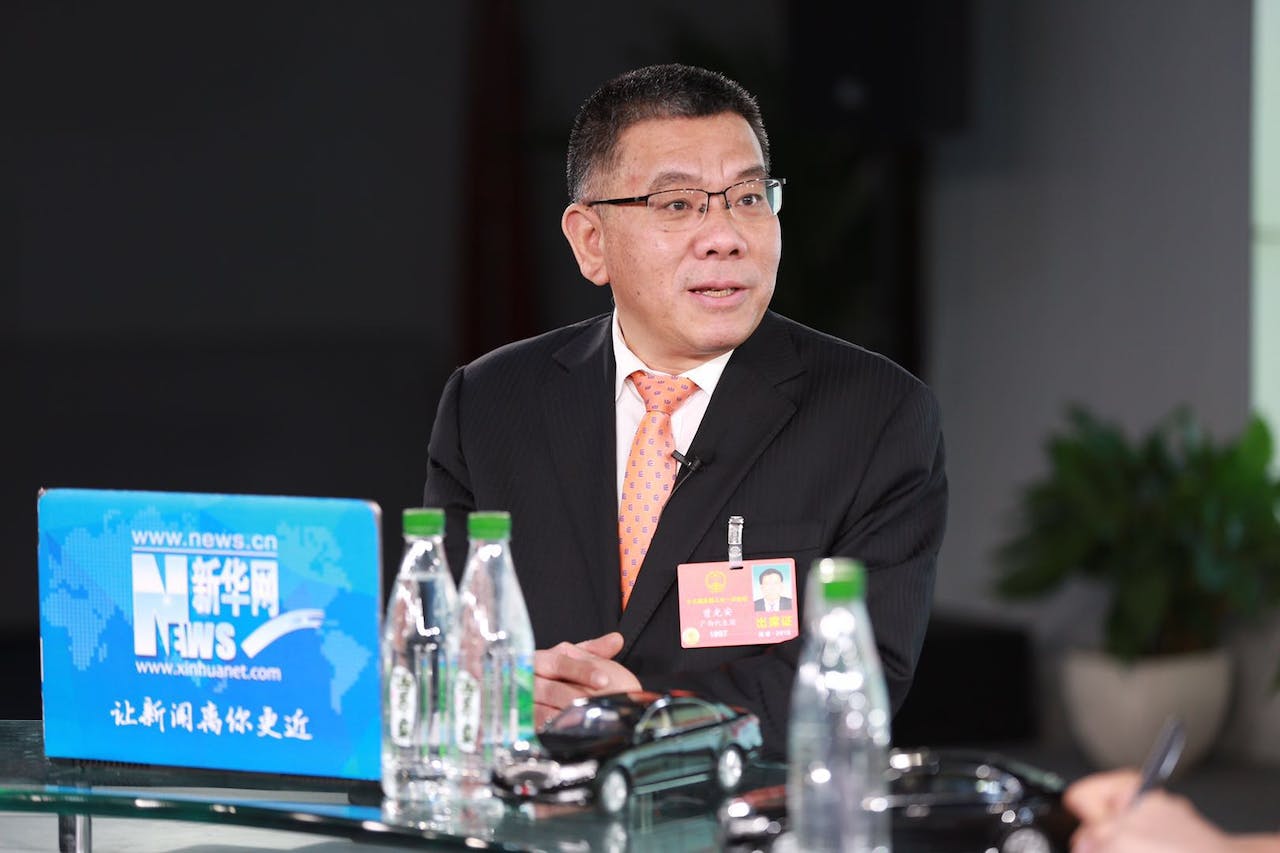 Premier Li Keqiang commented that Guangxi had obvious advantages as the only coastal province in western China and an important pivot in the “21st Century Maritime Silk Road” & ASEAN area. Continuing he pointed out that Guangxi had great potential for development as long as it adhered to the opening-up policy and seized the opportunities along with the "Belt and Road" initiative; insisting on the innovation-driven developing model, "Internet +" and "China Manufacturing 2025" strategies, and continuously to improve products’ quality, management and operation capabilities and technology innovation. He encouraged the manufacturing enterprises should hold a craftsmanship spirit and believe in the manufacturing power to win the commanding heights in the future development.

Manufacturing is the foundation of a nation and always attracted great attention from the public. Zeng Guang’an also shared with media his perspectives on industry development; transition from old to new economic engines; the globalization of Chinese enterprises and the development & competitiveness of Guangxi manufacturing industry.

“Even in our toughest time, we insisted on investing in R&D,” Zeng Guang’an stated. LiuGong maintained steady growth in the past few years of recession and the transformation of the Chinese economy and Zeng Guang’an attributed it to LiuGong’s innovation-driven developing model. Through organizational reform and technology innovation, LiuGong not only increased operating efficiency, but also made several remarkable breakthroughs in both products and technology, among which, the vertical lift wheel loader, VL80A, is listed in the National Innovation List as a major achievement. Moreover, this technology is applicable to all loaders to increase loading efficiency. At the same time, LiuGong enhanced its global presence and adjusted its current layout to be more in conjunction with the national “B&R” initiative. As of the end of 2017, equipment production and sales of LiuGong India exceeded 1,000 units within the year for the first time in 10 years’ operation and LiuGong Poland launched new production lines in Stalowa Wola, Poland, augmenting Dressta’s dozer and pipe-layer operations with the manufacture of LiuGong Tier IV Final wheel loaders and excavators to supply “Made in Poland” products and local service throughout Europe. Last but not least, the support from both Central Government and local government played an important role during the economic downturn; all these have accumulated enough strength for LiuGong to revive with an even stronger momentum.

Regarding the development of Guangxi, Zeng Guang’an thinks human talent has been the bottleneck for Guangxi manufacturing and other new industrial companies. Taking LiuGong’s development as an example, he proposed that business organizations should introduce more international talent including technicians, entrepreneurs and experts. These are urgently needed in key areas with the support and guidance from Chinese government. Zeng also stressed that manufacturing, marketing and branding are also key elements for the shifting process. “Besides the R&D innovations, Guangxi enterprises also need the innovation and internationalized insight at a corporation’s management and operation levels to complete the transformation” he said.

In 2017, the average increase of construction machinery in domestic was around 40%. The achievement has been largely due to the government’s efforts of ensuring the steady growth and structural reforms; in addition, the machines’ upgrading needs due to environmental protection requirements and the fade-out of second-hand machines all contributed to the increase. “We have seen great privileges in the Government Work Report for our industry in 2018, such as tax reduction for real economic corporations, business environment’s improvement and financial resources’ optimization, the Rural Revitalization Strategy, new investment in infrastructure construction, the implementation of 'China Manufacturing 2025' and intelligent manufacturing as well as the launch of new projects along 'OBOR' regions, etc. All will lead to a better future for the CE industry,” Zeng concluded with great confidence.

The 13th NPC will end on March 20. “It is a great honor to be elected deputy to the 13th NPC for Guangxi and propose on behalf of manufacturing industry.” Zeng Guang’an said. To carry out his rights and duties, he has determined to build LiuGong into a world-class construction machinery manufacturer, providing best products and services to the customers all over the world.