The NRDC and BlueGreen Alliance have collected data showing the potential affects of the new fuel economy regulations state by state. 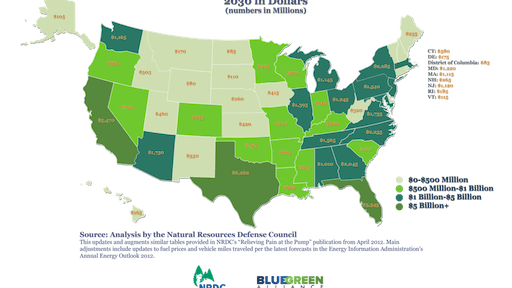 With the imminent Obama Administration announcement of historic fuel-efficiency standards for vehicles (54.5 miles per gallon, on average, by 2025), the BlueGreen Alliance and the Natural Resources Defense Council (NRDC) have assembled a detailed accounting of the huge benefits that are projected to accrue by the year 2030.

The data include a state-by-state breakdown of the 570,000 jobs that could be created in the United States by 2030 - as well as other benefits from the standard. In addition to the jobs created, the country will save nearly 23 billion of gasoline in 2030 alone, resulting in $54 billion in net savings to consumers and the reduction of 270 million metric tons of carbon dioxide pollution, which helps cause global warming.

The upcoming 54.5 mpg standards promise to bolster the strong automobile recovery we are seeing today. For additional information about how fuel efficiency is driving job growth, see www.DrivingGrowth.org.

‘Evoluzione Terra’ aims to foster an innovative approach to sustainable and social farming activities through the use of Agriculture 4.0 technologies.
CNH Industrial N.V.
November 12, 2020
Follow Us