BSFB has been awarded a Tennessee Valley Authority incentive rebate in recognition of initiatives the company has undertaken at its Bowling Green, KY, facility to save energy. 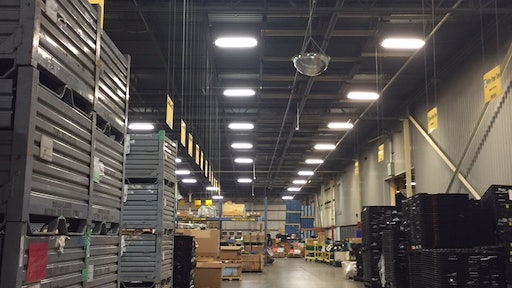 Projects designed to save energy at the Bowling Green, KY, facility of Bendix Spicer Foundation Brake LLC (BSFB) have been rewarded with incentive rebates from TVA (Tennessee Valley Authority).

The rebates are part of the EnergyRight Solutions for Industry program of TVA, a corporate agency of the United States that provides electricity for business customers and local power distributors serving 9 million people in parts of seven southeastern states.

In the first project, recently completed, BSFB replaced 112 low-efficiency lighting fixtures in the facility’s warehouse. New high-output fluorescent fixtures reduce energy use and associated costs by an estimated $9,500 annually while increasing light levels, resulting in a safer work space. The project earned a rebate of $8,768.20 from TVA.

A second project is replacing 25 metal halide pole heads with LED pole heads in BSFB’s front parking lot, and 27 metal halide wall packs with LED wall packs on the building’s exterior. Estimated energy savings equate to $5,523 annually, and a TVA rebate estimated at $2,302.54 is expected after the project is completed in mid-June. The new lighting will make the parking lot, truck yard, and employee entrance areas brighter and safer.

“The projects grow directly from our company’s core commitment to save energy. We’re grateful for the TVA incentives, which help offset the cost of our investment and are an endorsement of our efforts,” says David Jackson, HSE Manager at the Bowling Green plant. “The team making these successes happen at BSFB, led by Maintenance Technician Mike Montgomery, brings pride and passion to their work. The changes they are driving have a positive impact on the people who work here, on the community we call home, and on our planet.”

In another recently completed project, BSFB installed energy-saving blinds along the glass walls of the facility, including the length of the board room, training room, lobby and six offices. Estimated energy savings for the project – which is not associated with a TVA incentive – equate to $7,769 annually.

Additional projects, with TVA incentives attached to them, are in progress.