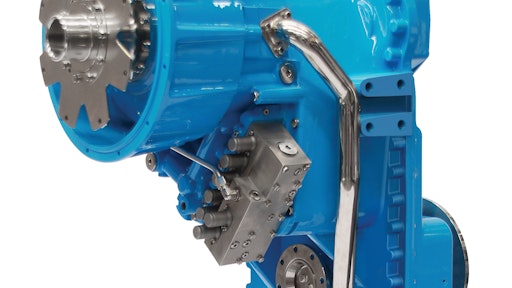 Dana Holding Corporation has introduced two technologically advanced drivetrain systems for front end loaders and other construction equipment at INTERMAT 2012 in Paris, the world's largest tradeshow for the construction industry this year.

"With fuel prices on the rise worldwide, forward-thinking OEMs are pursuing vehicle innovations that can reduce fuel consumption without sacrificing performance advantages," says Aziz Aghili, president of Dana Off-Highway Driveline Technologies. "The new transmission technologies we are presenting at INTERMAT demonstrate our wide portfolio of complete drivetrain solutions and the value we provide to construction OEMs through our ongoing commitment to research and development."

The first in a series of HVTs, the R3 is currently undergoing field testing in numerous OEM prototype vehicles and is targeting fuel savings in the drivetrain of up to 20% when compared with the same vehicle outfitted with conventional torque converter transmissions. HVTs are designed for front end loaders, graders, forestry skidders, and other off-highway applications requiring up to 265 kW (360 horsepower).

Dana is located in Stand No. 5b J 042 at the Paris Nord Villepinte exhibition center.