Upgrades over the last two years to Scania's transmission components facility in Argentina has enabled the plant to increase exports to Europe by 600%. 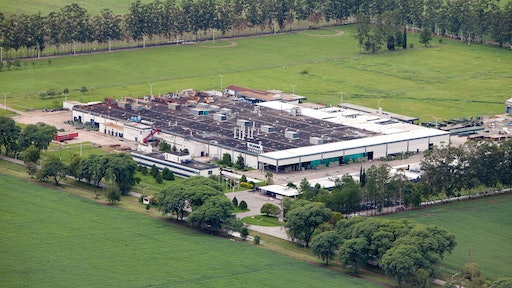 Following a major upgrade in 2013, Scania’s transmission components plant in Tucumán, Argentina, has increased its exports to Europe by 600%. The achievement comes as the plant prepares to celebrate 40 years of operation in 2016.

Scania has invested USD 43 million in the plant over the past two years with the aim of significantly increasing efficiency and boosting the plant’s potential production output. That effort is now yielding results, with the plant increasing the proportion of components that it exports to Europe by 600%.

Adolpho Bastos is Managing Director of the Tucumán plant. “We are reaping the benefits of all the work we did,” he says. “Thanks to the changes and to the modernisation initiatives that we implemented, we have gone from exporting 5% of our production volume to Europe two years ago to 35% today.”

The remaining 65% of output goes to Scania Latin America's production unit in São Bernardo do Campo, Brazil. The result comes as the Tucumán plant prepares to celebrate 40 years of operation in 2016. The facility manufactures transmission components including pinions, crowns, shafts and synchronized gears for use in Scania vehicles. Per-Olov Svedlund, President and CEO of Scania in Latin America says, “Scania uses a global production system, so it's essential for us to keep the Tucumán facility up to date and reflective of the brand's highest standards.”