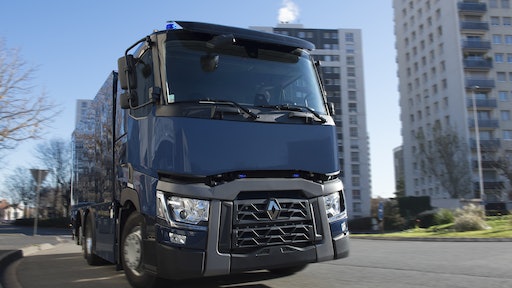 Renault Trucks has delivered several T 430s with a 6x2 configuration to the Bank of France. These armored vehicles feature a number of specific solutions required by the kind of mission they will mainly be carrying out for the Bank of France.

The delivery of these trucks demonstrates the Bank’s confidence in the French manufacturer’s ability to meet the demands of its strategic missions. It took several months of development working with partners specialized in producing armored vehicles and adapting HGV cabs for the tasks they will have to face. The kind of missions these vehicles will be engaged in for the Bank of France do indeed involve particular specifications which the project teams had to bear in mind.

“These T430 rigids were developed specifically for the Bank of France, which operates within a tightly controlled and demanding context,” explains Bruno Carrara, Sales Manager at Renault Trucks. “For example, we protected the vehicle with a special kind of armored plating and also altered the wheelbase to make it as maneuverable as possible. This is because these vehicles have to drive into buildings that are often very old and with very narrow entrances. This is also why we opted for full air suspension so that the vehicle can be lowered when it has to operate in spaces with limited headroom.”