Carbodeon has been granted a U.S. patent for the development of nanodiamond-containing thermoplastic thermal composites. 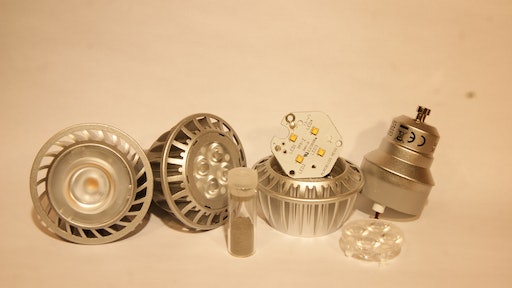 European company Carbodeon has been granted a U.S. patent for its technology which enables detonation-synthesized diamond particles (nanodiamonds) to be combined with polymers for use in fields such as personal electronics, LED lighting, automotive and machine tools.

Diamonds are the hardest natural mineral, and also one of the most thermally conductive materials known, so when nanodiamonds are mixed with thermoplastic polymers in controlled amounts, they can enable plastic materials to conduct heat at pre-determined rates, and/or to be highly wear resistant.

Nanodiamond-impregnated polymers can deliver heat-conducting benefits for products including LED lighting, mobile devices including cellphones, and Internet-of-Things (IoT) enabled devices of any type. The hard-wearing properties mean they can also be used in the aerospace and automotive sectors to enable longer product life in hard-wear environments.

Carbodeon has been granted US patent number 9085723 on its developed nanodiamond-containing thermoplastic thermal composites. The patent was filed after Carbodeon’s own developments during 2012-2013 where it discovered the thermal conductivity of thermoplastics can be significantly enhanced by adding nanodiamonds, usually in relatively small quantities. Since filing the patent, it has continued its own research as well as developed a range of commercial applications of the technology.

Vesa Myllymaki, Carbodeon CTO, says, “The granting of this patent represents a key part of our nanodiamond composite material portfolio. The combined coverage of our filed and granted patents will secure our position and that of our customers in several nanodiamond applications including polymers for thermal management applications, wear and corrosion resistant nanodiamond metal finishing, and wear resistant/low friction nanodiamond fluoropolymer coatings.”

Gavin Farmer, Carbodeon Business Development Manager, says, “This latest achievement means that we will now accelerate our marketing of Carbodeon uDiamond(r) NanoDiamond materials for use as thermal fillers in thermoplastics. Applications include electronics products, electronic packages, and LED lighting across a wide range of industries such as automotive, aerospace and mobile devices."