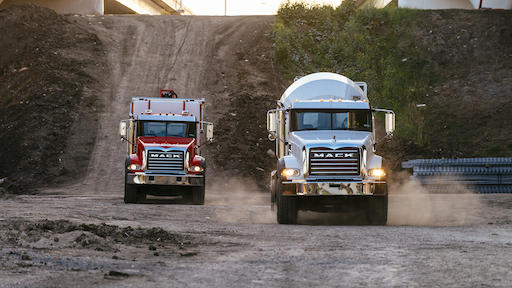 “Driving a fully loaded, heavy-duty construction truck is a physically demanding task, especially when you add the uneven terrain common to most jobsites,” says Roy Horton, Mack Trucks Director of Product Strategy. “With the added steering assist from Mack Command Steer, we are able to reduce driver effort by 85% and significantly improve driver productivity and jobsite safety.”

Mack Command Steer monitors terrain, driver inputs and environmental elements more than 2,000 times per second through sensors found throughout the truck. Based on that input, the system provides variable steering effort through its electric motor, which applies additional torque as needed to the steering. 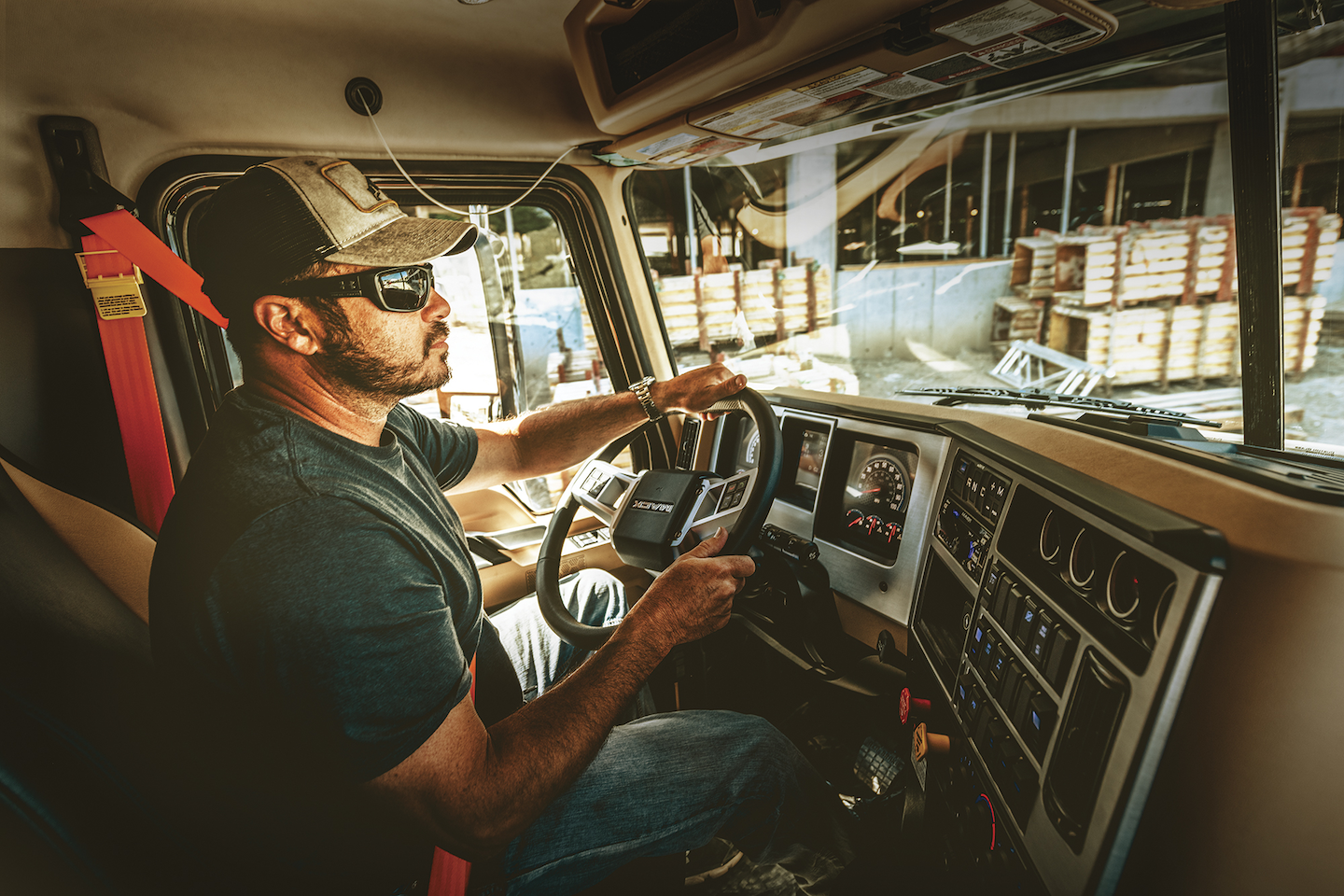 In addition to significantly reduced steering effort at slow speeds, Mack Command Steer also helps filter out uneven terrain such as the holes, dips and ruts common to most jobsites. When such an irregularity is detected, the system reacts to counter the steering force, smoothing steering feedback and reducing the possibility of steering wheel “kicks.”

“While drivers will experience a significant reduction in steering effort, particularly on uneven jobsite surfaces, Mack Command Steer brings many benefits to on-road driving as well,” says Horton. “The system will also compensate for situations, like strong winds and crowned roads, helping drivers maintain greater control so they can focus on the task at hand.”

Mack Command Steer also features a unique return-to-zero capability that automatically returns the steering wheel to the zero or center position in forward and reverse. This helps simplify tight maneuvers, such as backing a trailer or positioning a dump or mixer to unload.

Drivetrain systems and components are anticipated to see many changes regarding size, packaging and gearing as electrification continues to increase.
Sara Jensen
January 2, 2020
Latest

WABCO is divesting Sheppard as part of its merger with ZF, and will provide Bendix and its parent company Knorr-Bremse a broader international portfolio of steering technology.
OEM Off-Highway Editorial Staff
January 30, 2020

The company has received several contracts to supply electro-hydraulic steering systems due in part to the growing trend toward hybrid and electric vehicles.
Concentric AB (Formerly Haldex Hydraulics)
May 6, 2019

The company will furnish the OEM with its M-Series and D-Series power steering gears, covering a broad range of Class 5-8 medium- and heavy-duty trucks.
WABCO
March 26, 2019

The company was recognized for its engineering support and responsiveness for the third consecutive year.
WABCO
December 20, 2018

The ReAX EPS is a fully electric steering system suitable for all levels of automated driving with advanced safety and comfort.
ZF Friedrichshafen AG
July 5, 2018

At NACV 2017, WABCO introduced its OnLaneASSIST system which detects lane markings and a vehicle's position to them to prevent unintentional lane departures.
WABCO
September 26, 2017

Volvo Trucks' automated steering system ensures the truck always maintains the right course when driving to, alongside and away from a harvester, reducing the potential for crop damage.
Volvo Group Global
June 12, 2017

Introduced at Farm Progress 2016, the Topcon AES-35 electric steering system features a high-torque electric motor which can operate in both forward and reverse for autosteering capabilities.
Topcon Positioning Systems
September 6, 2016