With the growing use of electronic components and systems has come the need for more awareness towards mitigating potential noise interference issues. 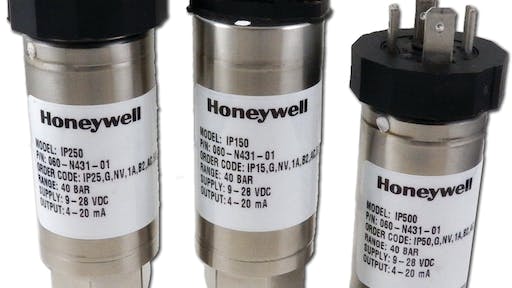 Electrical noise interference can cause sensors to inaccurately interpret that noise as information on which they should act, causing malfunctions within a machine or system to occur.

Today’s equipment and vehicles include more electronic components and systems than ever before. Because of this, ensuring electrical noise immunity (or electromagnetic compatibility [EMC]) has become an important part of the design process. “As the content of sensors and other electronics on vehicles goes up, there’s more opportunities for interference to come into play,” says Joel Stolfus, Engineering Manager at Honeywell Sensing and Productivity Solutions.

Electrical noise interference, he explains, is similar to being in a crowded room where other conversations distract from the main task at hand or provide other pieces of information. “It’s the same with sensors. You’re trying to get a signal from a sensor that’s mounted somewhere remote on a vehicle, but there are a number of other signals you’re getting from other sources that aren’t necessarily wanted,” Stolfus says.

This can be problematic because instead of noise, the sensor may think these unwanted signals are pieces of information it needs to interpret or act upon. Doing so has the potential to cause malfunctions within the machine or system in which the sensor is integrated.

Interference is particularly challenging when it comes to sensors, Stolfus says, because they are often mounted remotely on a vehicle, such as on a wheel. The more remote the sensor, the more wiring necessary to connect it to other systems. And it’s the wiring, not the sensor itself, which is most vulnerable to the noise interference. The actual sensor typically measures around 1 mm in size, making it too small to pick up the much larger wavelengths of electromagnetic interference.

The wires, on the other hand, are capable of receiving noise interferences as they radiate through the air, as well as those conducted directly onto the wires from other electrical sources within a vehicle. “All those wires can act as antennas to pick up electrical noise, so the more remote something’s mounted, the bigger challenge it is,” says Stolfus.

He also notes that as use of mobile devices on job sites has increased, so has the number of potential sources from which the sensor wires can pick up interference due to the radiated electrical noise these devices emit.

At one time, 60 volts per meter was the highest level of radiated noise interference allowable for electrical components to ensure they performed accurately. However, Stolfus says over time this level has increased; recent specs Honeywell has seen puts the allowable level around 140 volts per meter, with some even reaching as high as 200 volts per meter. “The levels of electrical noise that customers are seeing in the field are increasing, and we have to design to ever-more stringent standards that we get from customers,” he says.

Running bench tests based on different standards is one of the ways Honeywell ensures its sensors remain immune to the increasing levels of noise interference. These standards are based on both industry standards—from the Society of Automotive Engineers (SAE) and the International Electrotechnical Commission (IEC)—and those developed by OEMs who over time have evolved their own internal standards based on the unique requirements of their vehicles and the issues they’ve encountered in the past.

When running bench tests on prototypes of its sensors, Stolfus says the sensors are tested in conditions much more severe than they would actually experience in the field. Because real-world conditions can vary, running more severe tests ensures the sensors will perform correctly in any situation.

In addition, when designing the printed circuit board for its sensors he says Honeywell takes care to keep sensitive electronics separate, and filter electrical noise through a different part of the circuit. “We really try to keep a separate ground plane for the filtering that’s going to filter out the electrical noise, keep that separate from the sensitive nodes inside the sensor.”

Honeywell will also work directly with an OEM on wire routing for further assurance of noise immunity. Often times it will direct the OEM to keep high current, high voltage switching sources separate from low level signal lines by isolating them into two separate wire harnesses. Stolfus says there are also grounding and shielding techniques a manufacturer can do in order to keep noise away from sensitive wires carrying sensor signals.

Stolfus believes the issue of electrical noise interference will only progress as the use of sensors and other electronic components continues to increase in vehicles. It will become especially important as development of electric and autonomous vehicles progresses; already new and unique sets of challenges have begun presenting themselves regarding electrical noise interference in these vehicles. He says EMC is particularly important for autonomous vehicles to ensure proper operation. A large number of sensors are used on these vehicles, making it critical for manufacturers to ensure the signals they are receiving are not corrupted by electrical noise.

He concludes that Honeywell stays current on trends and standards development, as well as works closely with its customers, in order to continually refine its sensor designs to meet the ever-evolving requirements of the industries it serves.

The companies will showcase their Concept-X project which brings together various automation technologies to improve productivity and safety on the job site.
Hyundai Construction Equipment Co. Ltd.
December 17, 2021
Follow Us