TURCK's TBEN-S Series I/O modules are compactly designed and can be assembled directly onto a machine. 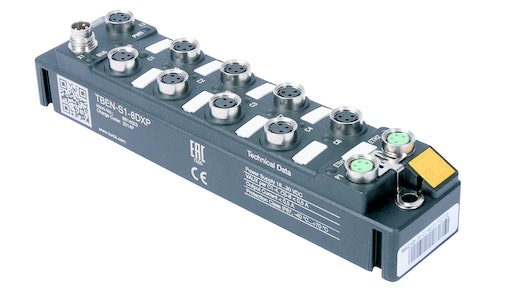