New electric motor options are gaining acceptance for use in heavy-duty on- and off-road applications. 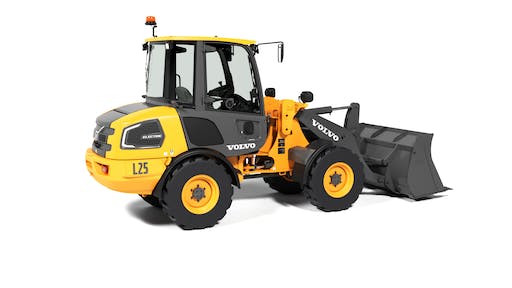 Volvo's L25 incorporates two dedicated electric motors, one for the drivetrain and one for the hydraulics.
Volvo Construction Equipment

Strange business - traction motors for electric vehicles. From golf cars to ocean liners with electric drives you will see both of the basic options - synchronous and asynchronous (induction). One does not win. The full analysis is in the IDTechEx report, "Electric Motors for Electric Vehicles: Land, Water, Air 2019-2029." However, there are trends. Forklift trucks are almost all induction because reliability and affordability trump performance here. On the other hand, huge surges of power in and out are the order of the day for the new giant mining trucks that regeneratively brake as they circle down the open pit to get more rock. That can be a massive 40 kW (53.6 hp) for 30 minutes back into the battery and a 700 kW (938.7 hp) permanent magnet synchronous motor may be used. See the IDTechEx report, "Electric Vehicles in Construction, Agriculture and Mining 2019-2029."

However, another option is gaining favor: it is a synchronous reluctance motor. This has none of the overheating and cost issues of permanent magnets and it can handle the large surges of power repeatedly unlike induction. See them on the largest excavators - those made by Komatsu Le Tourneau. They used to have problems of acoustic noise and expensive, difficult control but these are now overcome and Nidec and others fit them widely, John Deere loaders being an example. The hardware is the simplest and lowest cost, with the rotating core having no magnets or copper wire - just silicon steel. No worries about the price hikes with permanent magnet neodymium. 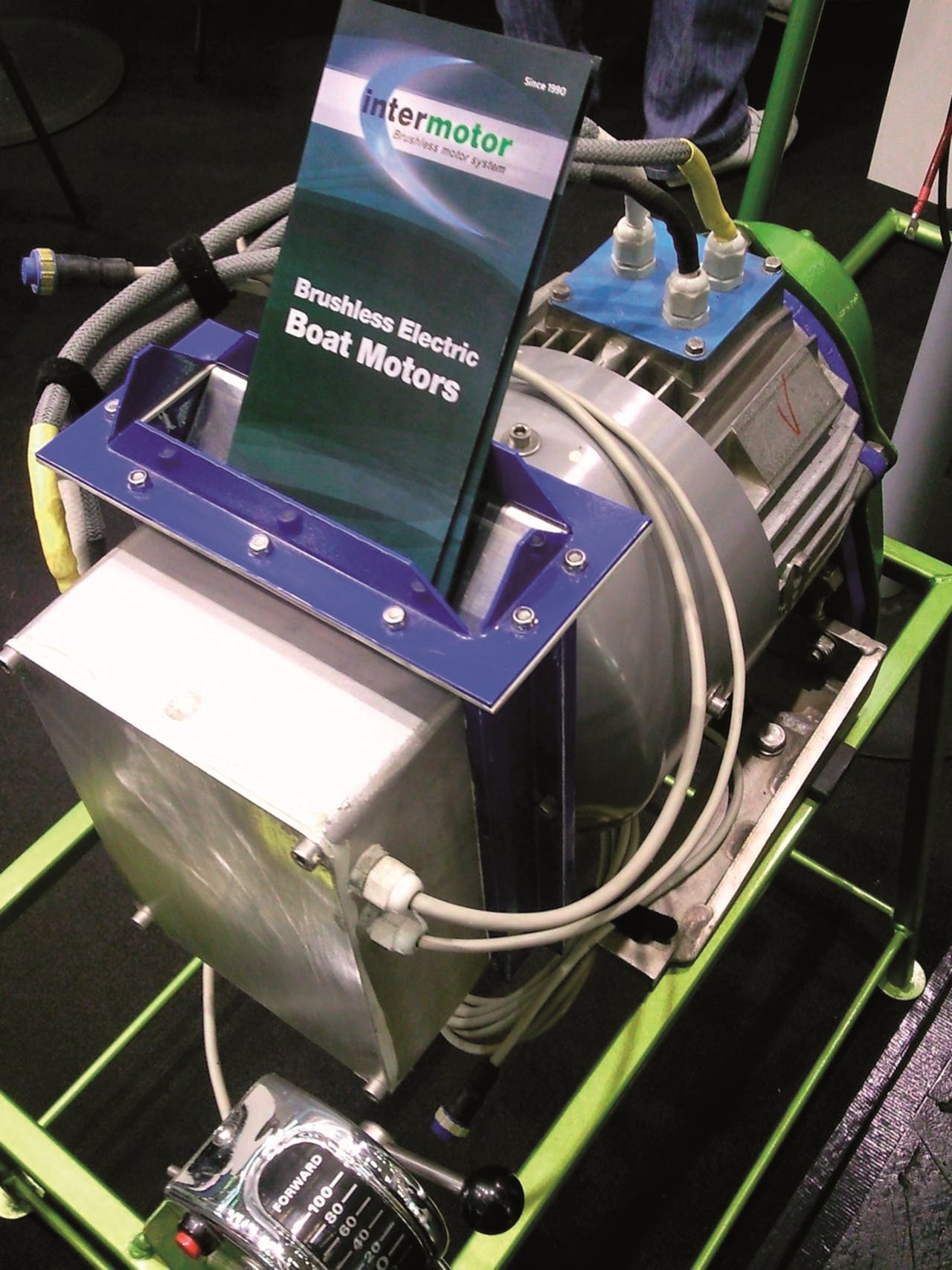 Brushless motors are one of the many types being used in heavy-duty applications.IDTechEx Research

What next? Well, here it is informative to look at high power, ruggedness, reliability, space saving and high performance in vehicles beyond off-road. The complete overview and future of all 100 categories is given in the IDTechEx report, "Electric Vehicles 2020-2030."

Visedo, and separately Tesla, have finessed the two synchronous choices by having something between them using small permanent magnets and reluctance. It is going into all Tesla cars having started with the Tesla Model 3 where efficiency of 97% comfortably beats the 93% from the induction motors on the older Teslas and repeated violent acceleration is no longer a problem. Cars are feeble and irrelevant to off road? Not really. A performance car can use and regenerate at 100 kW (134.1 hp) levels. Much construction and agricultural machinery operates around here.

Indeed, Tesla may use what it calls its permanent magnet reluctance motors on its Class 8 Tesla Semi truck at much higher power. Robert Scaringe of Rivian which will launch a vectored-traction four-wheel-drive, four-motor, off-road pickup truck says, “We have a number of untruths--a truck can’t be electric, an electric car can’t go off-road, it can’t get dirty, it can’t tow, and truck buyers don’t want something that’s environmentally friendly. These things are fundamentally wrong. Electrification and technology can create a truck that’s incredibly capable and fun to drive."

There is another trend coming to off-road. Making a vehicle smaller means lower material cost and it is both more economical and more maneuverable in use. In the on-road sector, giant Nicola trucks and the new Lightyear solar family cars have one thing in common. They have gone beyond BYD electric buses winning worldwide with two in-wheel motors to having entirely in-wheel motors.

Following them is Volvo Group with a loader with similar four-wheel drive enabling vectored traction and the Huddig loader even has four-wheel steering rather than skid steering that trashes any road it crosses. The Nicola trucks have six in-wheel motors paving the way for what could happen with larger off-road machines. There are lessons here. Read more about the latest Nikola truck launches.

There is another motor trend coming to off-road. In-wheel motors increasingly consist of pancake-shaped motors occupying little or no space outside the wheel envelope. 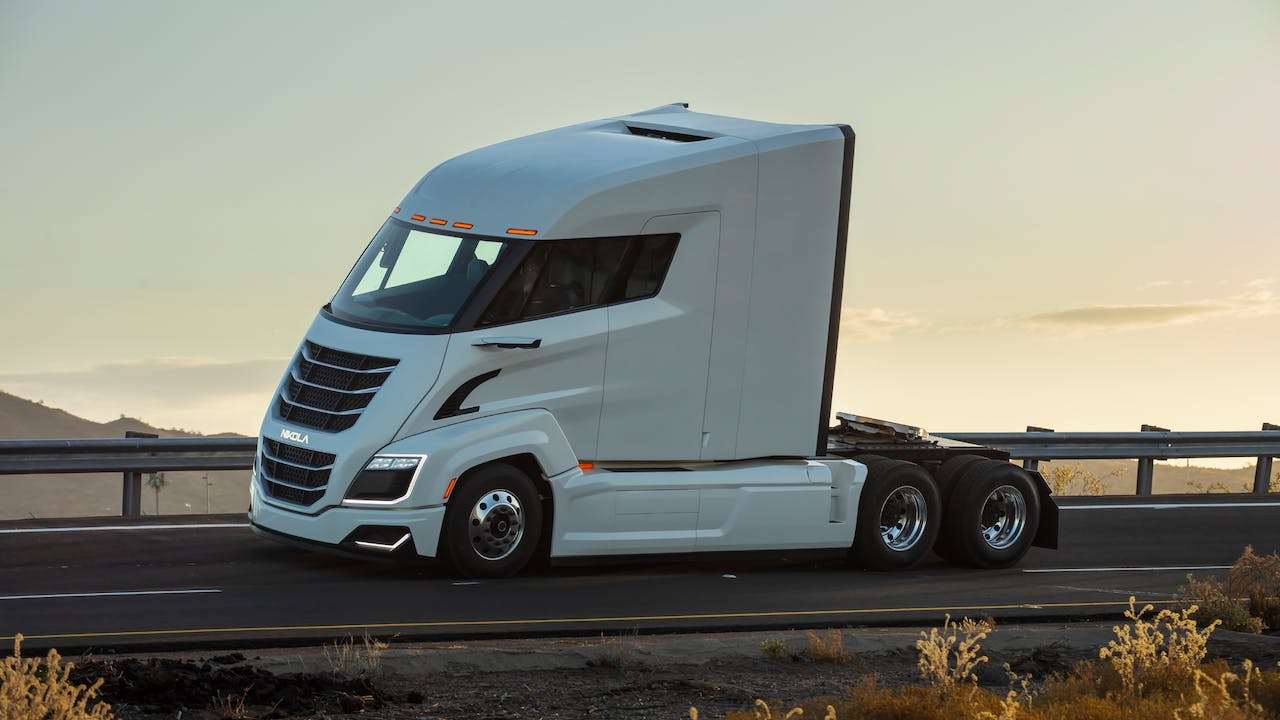 For that, it is a matter of, "Come back Faraday. All is forgiven!" The original invention of the electric motor by Faraday in 1831 involved an axial flux PM motor but ever since, almost all PM traction motors have been radial flux. Now many companies including Yasa Motors, Rolls Royce and Magnax offer them. Axial flux means the lines of magnetic flux travel in the direction of the axis of the turning motion. Radial flux occurs around the magnet.

Relevance to off-road? Well they take punishment. There are eight of them on the 70 m (229.7 ft.) wide tethered drone of Makani, a Google sister company and now also a Shell investment. Not a toy! It uses nearly a megawatt to take off using the eight propellers on those motors and the same devices generate 600 kW (804.6 hp) – later 1 MW – from the wind when they are aloft. Indeed, axial flux PM motors are the norm on manned electric aircraft now and Lightyear developed its own 20 kW (26.8 hp) ones for the four in-wheel motors on its solar family car newly on sale.

Now their fabrication challenges have been overcome, axial flux motors, sometimes called disc motors, have many advantages. They include pancake form, compact fabrication and high-power density. 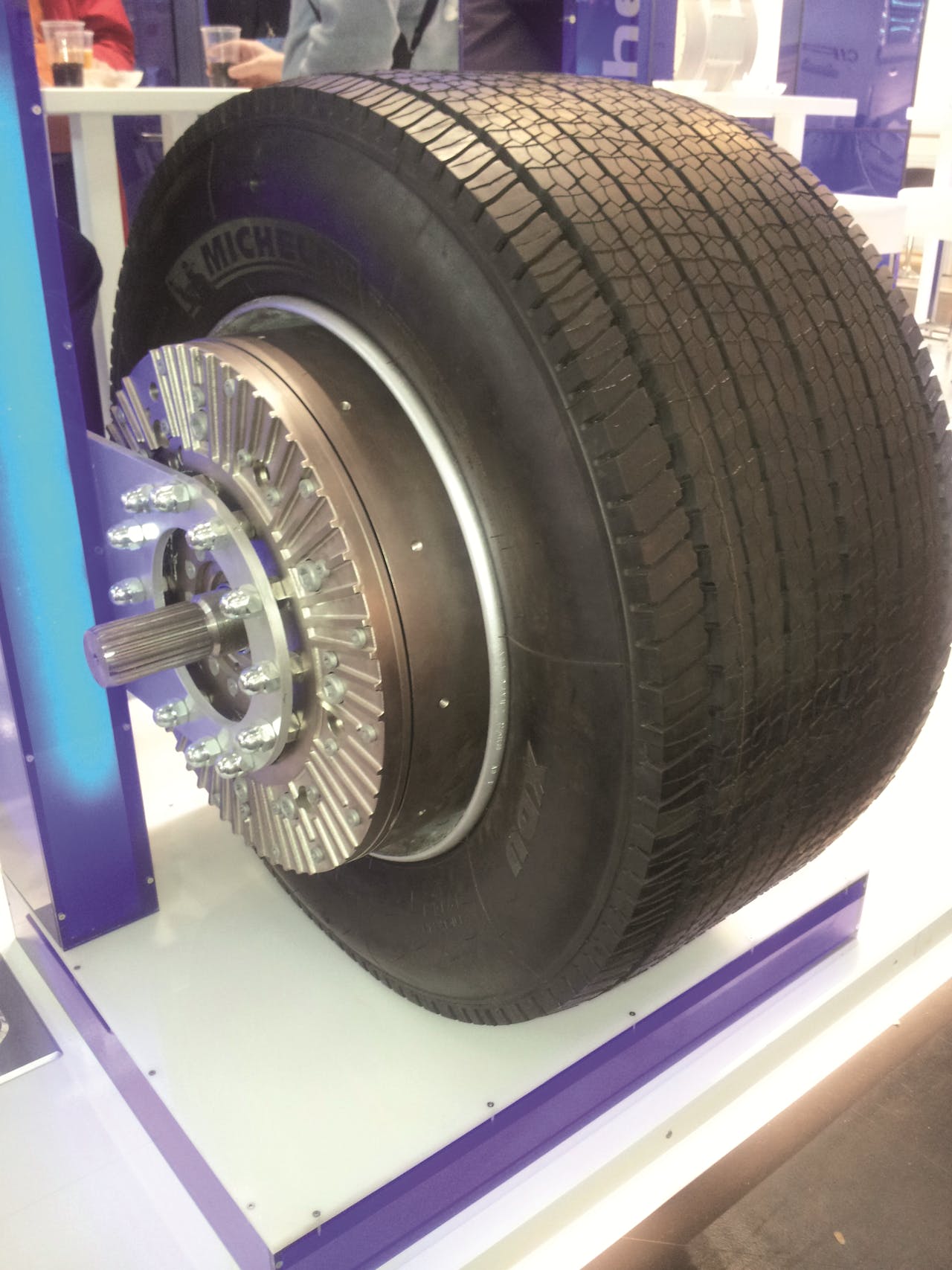 Example of an in-wheel electric motor setup.IDTechEx ResearchConsider aircraft where they have 5-15 kW/kg, ten times typical radial. There are four reasons - wider means greater leverage, inherently more efficient topology in the electromagnetic sense, more of the winding can be active (100% for Magnax machines) and cooling is excellent because of the area and the fact that the windings are directly in contact with the exterior aluminium casing. Aluminium conducts heat very well. This results in higher efficiency. Axial is not always the most efficient motor in a given application, but it can make the vehicle as a whole more efficient and that is what matters.

The axial flux rotor is wider giving high moment of inertia. That means it can be driven as a flywheel, useful off-road. It is strong at low revolutions so a gearbox can sometimes be avoided saving space, weight and labor. Fewer things to go wrong. The different pancake-type profiles of the rotor and stator of axial flux motors makes it possible to generate varied, easily changeable designs useful off road. According to need, they can be single air gap or multiple air gap machines, with slotted, slotless or even fully ironless armature.

Disadvantages have included still having the price, heat and assembly problems of permanent magnets, difficulties mounting the machine and keeping the stationary air gap and manufacturing time is longer. Add high costs in manufacturing because of longer time. Most of these impediments are being overcome.

The EnduraMax 75i Brushless Motor with Integral Drive is capable of controlling torque, speed, and position.
Allied Motion Technologies Inc.
May 2, 2019

The 130 kW HVH e-motor offers the benefits of durability, good power density and the possibility of peak efficiencies of more than 95%.
BorgWarner Inc.
February 26, 2019

Danfoss expands its electrification capability with the acquisition of AXCO-Motors, a leader in the design of large electric motors and generators.
Danfoss - Danfoss Power Solutions
September 4, 2018

Schaeffler has acquired the remaining 49% stake in Compact Dynamics to expand its electric motor expertise and further its “Mobility for tomorrow” strategy.
Schaeffler Group USA Inc.
December 13, 2017
Follow Us