POSITAL is a founding member of the BiSS Association, a new organization which promotes no-charge, open source interface technology for industrial control systems. 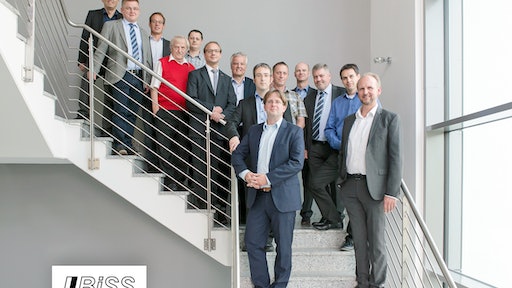 POSITAL FRABA has announced that it is participating as a founding member of the BiSS Association e.V., a new organization dedicated to encouraging the use of the BiSS family of open-source industrial communications protocols.

BiSS communications protocols were developed by the German company iC-Haus GmbH as an efficient and feature-rich digital interface for communications between industrial sensors, actuators and control devices. iC-Haus is also the source of ASIC chips that support the implementation of this interface in industrial devices such as sensors, actuators and controllers.

An important new development is BiSS Line – an implementation of BiSS protocols that can be deployed in a single cable configuration and features forward error correction (FEC). This makes BiSS Line an ideal interface for servomotors where the single cable feature offers a significant reduction in wiring system complexity.

BiSS is offered as an open source interface. There are no licensing fees for either manufacturers of BiSS-enabled devices or their customers. BiSS Association e.V. is autorized to grant free-of-charge BiSS licenses to device manufacturers and BiSS users. The agreement defines rights and duties to make use of associated patents and trademarks for BiSS held by iC-Haus.

The new BiSS Association organization aims to expand the use of BiSS technology throughout the world. It will also provide a communications platform for technical standards and cooperative marketing initiatives. Jörg Paulus, General Manager Sales-Europe for POSITAL, has been appointed Vice Chairman of the association, joining Dr. Heiner Flocke of iC-Haus (Chairman) and Alexander Ehnert of Hengstler GmbH (Treasurer). Membership in the BiSS Association is open to all companies and institutions. Members can participate in the development and promotion of this exciting new interface. Access to BiSS technologies and licensing arrangements are open to members and non-members alike.