Danfoss Editron has increased its record manufacturing rate of power electronic products by 13% compared to its previous monthly high. 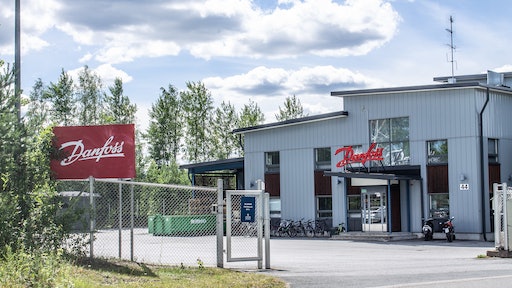 Danfoss Editron has broken its monthly manufacturing record at its production facility in Lappeenranta, Finland. The company increased the amount of power electronic products and permanent magnet motors it produced in June by 13% and 8% respectively compared to the previous record set in February this year.

Danfoss Editron’s production rate has grown substantially over the last year. Compared to June 2019, the company’s production of motors is up 96%, with the manufacturing of all power electronic products, such as converters and LCL filters, increasing by 76%.

Commenting on the new manufacturing record, the Director of Operations at Danfoss Editron’s Lappeenranta factory Timo Koljonen says, “It’s testament to our exceptional team that we’ve not only been able to continue manufacturing despite the COVID-19 pandemic but actually increased our production capabilities to new levels. By quickly implementing strict social distancing and safety measures, we were able to keep our Lappeenranta plant operating daily and have not needed to close it at any time. This new record-breaking month further demonstrates that, as a company, we are growing faster than ever before.”

Earlier this year, Danfoss Editron unveiled a new in-house testing laboratory at its Lappeenranta manufacturing site. The facility is being used to conduct electromagnetic compatibility and environmental tests, guaranteeing the quality of the company’s EDITRON systems to its customers.

One of the most common methods for determining where the actuator is in its stroke uses potentiometers, also called pots, to track changes in electrical resistance or related voltage drops.
Thomson Industries Inc.
March 20, 2022
Follow Us