Exciting as this flurry of activity may be, it presents a very real threat to the automotive supply chain – one that supply chain executives should be paying careful attention to. 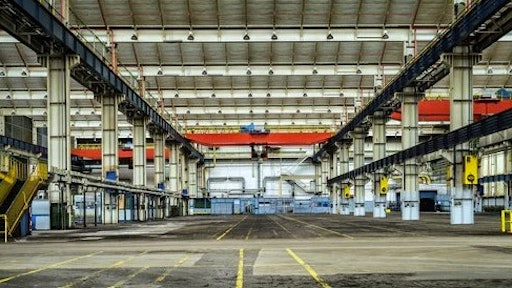 A casual observer of the automotive space is likely aware that there’s an explosion of new vehicles coming to market as part of the move toward electric vehicles, but they may not fully realize the scale of this wave.

Bank of America Securities puts the number of new models to be introduced by the major automotive original equipment manufacturers (OEMs) operating in the United States at an average of 60 per year from 2022 through 2025. For context, that’s a 50% increase over the 20-year trailing average, which hovered around 40 new models per year from 2002-2021. Meanwhile, a study from ABI Research forecast a 66% increase in individual new component programs worldwide over the next five years.

Exciting as this flurry of activity may be, it presents a very real threat to the automotive supply chain—one that supply chain executives should be paying careful attention to.

Two Sides to Every Story

Auto manufacturers are aiming to get new models out the door as quickly as possible so that they can grab market share in this fast-evolving space.

However, they haven't paused to consider one simple fact: If everyone is doing this mad dash to create new models at the same time, how exactly is that going to work on the supplier side?

It helps here to understand a bit about how automotive suppliers work. Like any manufacturer, suppliers essentially have two sides to their business: the production side and the engineering/development side.

The production side relies on machines and tooling, and its capacity is essentially measured by volume output: how many finished components it can spit out.

If you go to the development side, it’s a different story. Rather than being dependent on machines, it’s largely dependent on people with a highly specialized set of skills, like automotive program managers. It’s also a time-intensive process: Developing and launching a new automotive program can take six to 12 months, and that’s regardless of whether the supplier is producing 5,000 components for a new automotive upstart or 500,000 components for a well-established OEM.

This is the problem: The OEM isn’t looking at the supply chain through the lens of engineering/development, so they don’t see any looming crisis.

Even as they’re introducing new models at a furious pace in the coming years and moving away from internal combustion engine models in favor of electric, the overall volume of vehicles will remain approximately the same—so, surely the suppliers will be able to keep up.

But precisely because suppliers are dealing with so many new programs—each of which takes so much time to estimate, quote, design, develop, validate, and launch into production—they simply don’t have the bandwidth to keep up on the development side.

This limitation is not something that OEMs have visibility into. Normally, if a manufacturer is aware that there's a supply problem of some sort, they can plan around that obstacle and explore alternate sourcing strategies—but they need a signal that tells them that there’s a problem on the horizon.

The issue here is that there is no signal to alert OEMs. Suppliers are not about to say, “By the way, OEM, don't send me any RFQs for the next few months, because we're really busy. Send it to someone else.” No sales team on the planet has ever uttered those words.

Put another way, suppliers are not going to tell the customer that there's a problem until they physically collapse, and as a result, there's no advance signal to warn OEMs that the supply chain is on the verge of breaking.

How will this problem manifest itself? At first, OEMs will start to see a slower response time to bids. Then, they're going to see no bids, because at some point, supplier capacity will be gone.

There will be no additional capacity to tap into because this wave of new programs is occurring all at once, across all geographic regions. European OEMs, Asian OEMs, North American OEMs—they’re all simultaneously launching new models.

This worldwide development surge is creating a similar dynamic as the COVID-19 pandemic: Because everyone globally is impacted at the exact same time, there is no Plan B. Once the capacity wall is hit, OEMs will be unable to source components for the new models they’re launching. Period.

So, how can this supply chain crisis be avoided?

While there are no magic wands that can be waved on the engineering/development side, there are “force multipliers” that can help take the pressure off of program managers and free up more of their bandwidth. Modern software technology can assist by bringing relevant information together in one place so that understanding and communicating status and changes becomes more manageable.

The sooner steps are taken, the better the chances of ensuring the supply chain can rise to the occasion and meet the demand to support a multitude of new automotive programs. Without any steps, the supply chain won’t just bend—it will break and bring the entire automotive industry screeching to a halt.

Dave Opsahl is CEO of Actify.